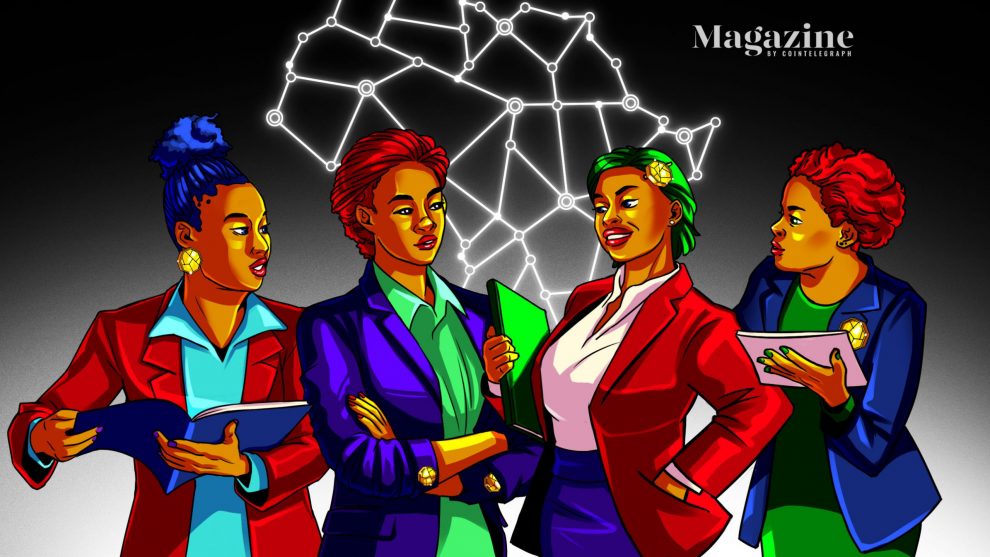 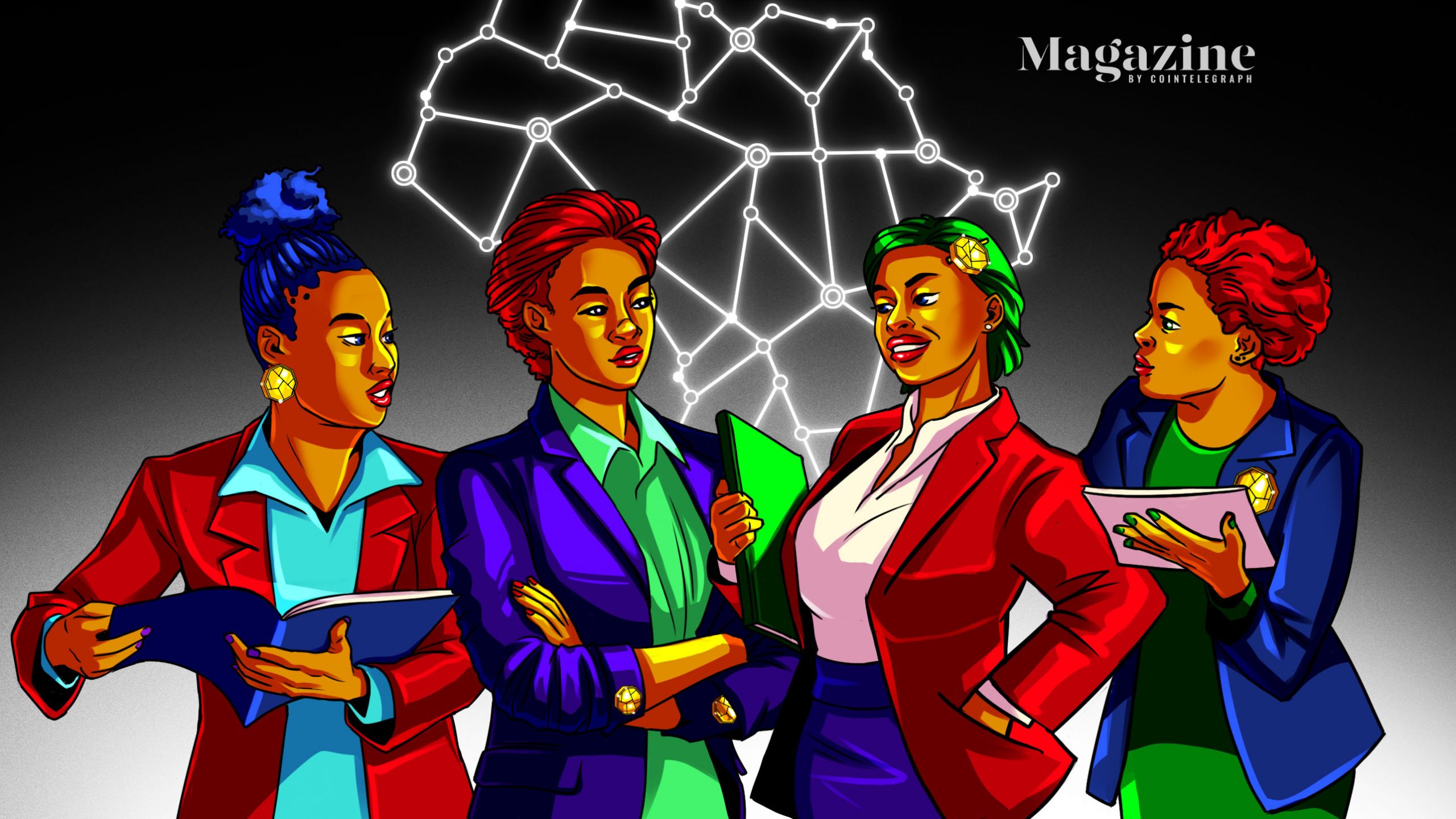 It’s no secret that women are underrepresented in the technology and financial industries. In the U.S, women only hold a quarter of computing-related jobs. Some sectors, like software engineering, fare even worse, with female representation as low as 15%.

And now along comes blockchain, a technology that promises a global revolution through decentralization. Blockchain has already begun to transform many industries, from finance and supply chain management to healthcare and governance.

However, it has yet to significantly change the demographics of the tech industry.

According to a study conducted by Long Hash, a cryptocurrency research firm, women only represent 14.5% of blockchain startup team members. At the management level, the number is even lower, with women only accounting for 7% of executives and 8% of advisors.

In Africa, the story has been quite different. The continent has greatly taken to blockchain technology and cryptocurrencies, and women have been playing a key role. Despite the tech industry traditionally being a ‘boys’ club,’ a rapidly growing number of fearless, dedicated and determined women have taken the industry by storm, rising to various positions of power and influence.

In Africa, women have faced marginalization for centuries. Economic exclusion, lack of access to education, gender-based violence, limited participation in political decisions – these are just a few of the many challenges that the continent’s women face.

This has been one of the reasons Bitcoin, and the underlying blockchain technology, have appealed to many women. For them, blockchain promises freedom. The technology gives them hope that they can break free from the shackles of financial captivity by the legacy systems, decades of corruption, lack of opportunities and more.

For example, in Botswana Alakanani Itireleng has been on the frontline in preaching the blockchain gospel. Known as ‘The Bitcoin Lady,’ she is the founder of Satoshicentre, a blockchain hub which works with several developers to use blockchain to solve Africa’s biggest challenges.

In South Africa, Sonya Kuhnel has continued to be one of the most renowned leaders in the blockchain space. Kuhnel is the founder of Xago, an XRP cryptocurrency exchange and payment gateway that allows retailers to accept XRP payments. She is also the founder of The Blockchain Academy, an institution committed to up-skilling 10,000 software engineers on blockchain technology by 2022.

In Kenya, Roselyn Gicira leads blockchain innovation and adoption, serving as the chairperson of the Blockchain Association of Kenya. Gicira also leads the Kenya Women in Blockchain Chapter which seeks to ensure that more women get into the blockchain industry.

And in Nigeria, Doris Ojuedeire’s efforts to promote blockchain have gone beyond her home country, reaching out to women across the continent and bringing them into blockchain and cryptocurrencies. She shared her journey with me, one that has seen her rise to become one of Africa’s most influential blockchain voices.

Of scams and triumphs

Doris got into cryptocurrencies when she was studying accounting in university, eight years ago. At the time, crypto was a niche field that few in Africa were involved with — most of them men. This didn’t faze Doris, and she sought all the materials she could find to learn more about Bitcoin and other upcoming cryptocurrencies.

She started off by investing in crypto trading. As a novice, Doris lost a lot of money initially through online scams. However, she battled on, and in time she started making profits from crypto trading. The venture proved to be quite fruitful for her, giving her financial independence while still at the university.

It was when she graduated that she discovered there was much more to Bitcoin than just making profits. As she learned about blockchain technology, she realized that it had the potential to transform lives for millions of Africans, especially the continent’s women. It was then that she decided to embark on educating the masses about blockchain, a passion that still drives her today.

In Africa, Bitcoin had become synonymous with scams after several investors lost millions of dollars to Ponzi schemes. This was the first thing Doris set out to change, educating thousands of Nigerians about Bitcoin and the world of opportunities it opens up.

She realized that women were vastly underrepresented in Bitcoin and blockchain. She set out to change this, eventually leading to the birth of Blockchain African Ladies (BAL).  BAL is a non-profit organization that educates African women on blockchain technology. The organization has grown rapidly and now has members in Kenya, Cameroon, Nigeria, South Africa, Ghana, Egypt, Cote d’Ivoire and many other countries.

BAL organizes meet-ups, workshops, mentorship programs and conferences for the women, geared towards sparking an interest in blockchain. Its biggest event is the Blocktech Women Conference, an event that attracts some of the foremost leaders in blockchain to inspire, educate and interact with the women. Unlike most blockchain events that have only a few female speakers, 80% of the speakers at Blocktech are women.

Doris has gone beyond education, though. She told me:

“While blockchain can help eradicate, or at least reduce, many of the challenges that African women go through, teaching them about it isn’t enough. The women need to be financially independent. This is the biggest weapon they can use to liberate themselves. When they no longer depend on anyone, they can then reach their full potential.”

Her desire to make African women financially stable led to the founding of Crypto Lioness, a platform she uses to educate women about crypto trading. Crypto Lioness allows the women to connect via WhatsApp, Telegram and other social media platforms to learn the do’s and don’ts of crypto trading, share tips, learn from experts and support each other.

Through Doris’ efforts, thousands of women in Africa have joined the blockchain industry. This is her greatest accomplishment, she tells me. She believes that this will be a catalyst for widespread adoption of the technology and cryptocurrencies across the continent.

However, she believes that there is much more to be done if women are to become fully involved in blockchain, a belief that Ciara Sun, the vice president of Huobi Global shares.

Sun joined the blockchain industry after working with global giants such as the Boston Consulting Group and Ernst & Young.

“Having seen how the current financial world was working, it was an easy move towards what I considered the future world of finance,” she tells me.

Women continue to face challenges that most men don’t, including having their decisions frequently questioned, she revealed. With blockchain being an intersection of finance and technology – two industries where women are underrepresented – it’s no surprise that women occupy very few positions of power and influence.

This has to change if blockchain is to achieve its full potential, she believes, stating:

“Crypto and blockchain is so heavily based on doing things differently, but when you have only one half of the population involved in up to 99 percent of the big decisions, you are limiting the potential to really change things and cause great disruption.

The crypto and blockchain space needs to be bold and brave enough to seek out the other perspectives that can come from women in the space.” 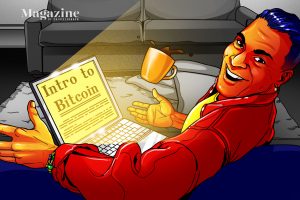 The 9-minute read that could change your life – Cointelegraph Magazine 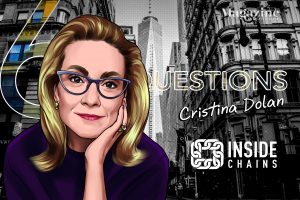 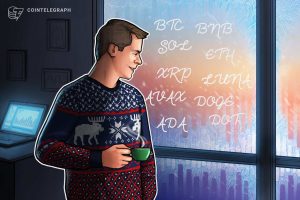