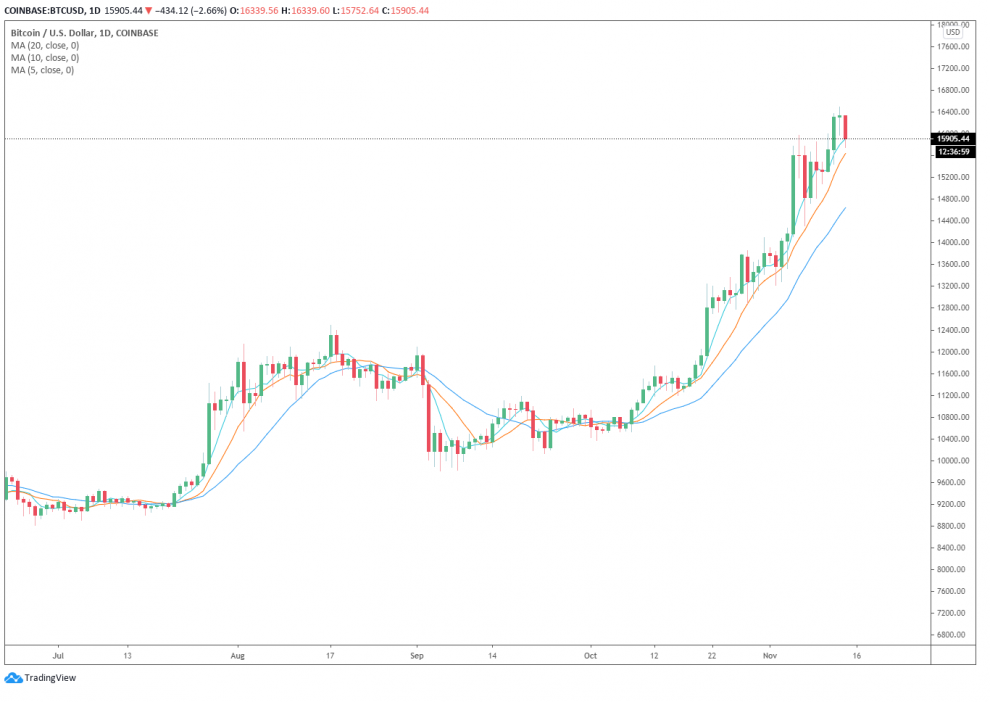 The price of Bitcoin (BTC) has seen volatility within the past 12 hours. The top cryptocurrency fell from $16,400 to $15,750 within hours, rejecting sharply after surpassing the $16,000 resistance earlier this week.

An algorithmic trader known as “CryptoGainz” explained that the current market structure of Bitcoin likely caused a sell-off to occur. The trader pinpointed the abundance of sell orders at $16.5K that did not subside as BTC hit $16,400.

This could indicate that the sell orders at that level are not spoofed orders. Hence, it could show that sellers are genuinely attempting to take profit on BTC at around $16,500.

Why $16.5K is a problem for Bitcoin in the near term

When traders or bots try to spoof the Bitcoin market, they place fake orders at key support or resistance levels.

For instance, if traders place large spoof orders near a resistance level, there is a chance that buyers would not push through the resistance. Hence, spoofing could be used to artificially pump up or restrict a market’s momentum.

The “asks” or sell orders above $16,500 have not disappeared during the recent BTC rally. Considering this, the probability that $16.5K would act as a heavy resistance level in the near term remains high.

When BTC was hovering at around $16,200 before the Bitcoin price drop occurred, the pseudonymous trader explained:

“I wouldn’t say we’re going to nuke, but at this point clever proprietary entities with a lot of capital and intellectual property of a certain nature realize that the 16.5k asks have been resting there for a long time and don’t appear to be lifting with price very close to there.”

The trader noted that algorithms could move to “hunt” stops of long contracts if it is profitable to do so. Based on the rapid decline of BTC in a short period, that is likely what happened as BTC dropped below $15,800. The trader added:

“Meaning, if an algorithm exists that can profitably dump price and flush longs, the conditions for its use are possibly being engineered in a manner so as to extract the maximum amount of profit. tl;dr – as soon as it’s profitable to hunt longs, your stops are getting taken.”

Where BTC price may go next

The outlook of Bitcoin among traders and analysts remains mixed. Some traders say a deep pullback to the $12,000 to $13,000 range is inevitable, if not healthy, during this bull run.

Cantering Clark, a Bitcoin trader, said a $13K retest could occur despite the strong momentum of BTC. He wrote:

“I love to get loud with everyone else when sh*t is pumping, but I am securing the bag and playing short term only right now. Feeling like we are running hot, I think the market inflicts the most pain down soon rather than up. Spot players don’t get an easy ride.”