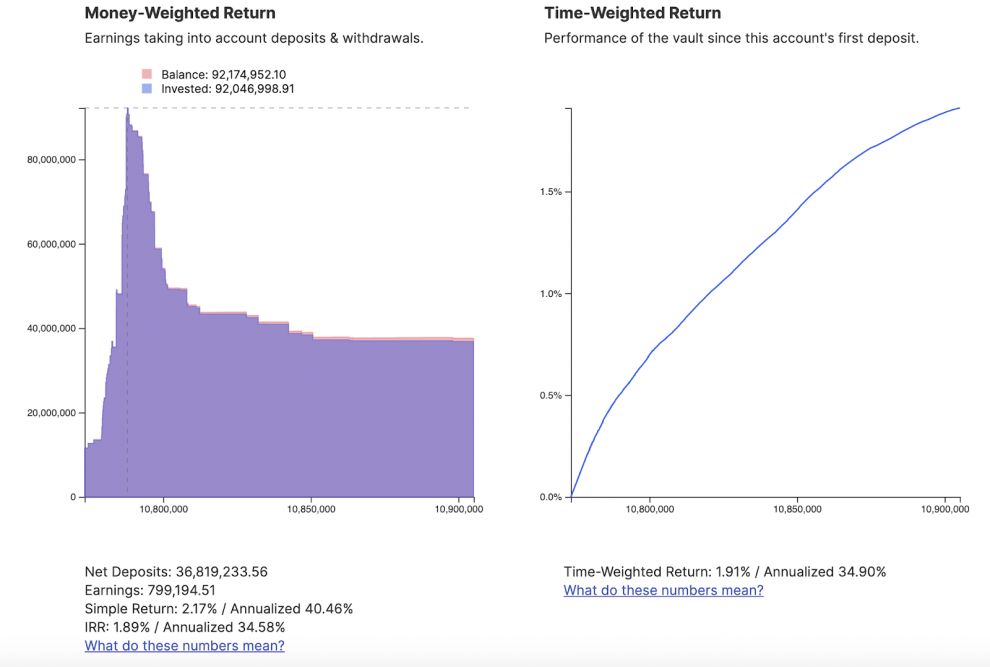 Decentralized Finance has taken crypto by storm providing holders with a wide range of options to earn high-yield returns on their crypto and stablecoin holdings. DeFi has not only led to huge rallies in the prices of governance and reward tokens like YFI and LEND but it has also given way to a new-found interest in cryptocurrencies.

The release of liquidity protocols like Uniswap and Curve gave way to an explosion in DeFi, with even institutional clients gaining interest in acquiring yield on their crypto holdings. Now, the subsequent explosion of yield-farming products like Yearn.Finance and Pickle.Finance has allowed for users to take advantage of multiple interest-generating protocols.

While some major DeFi tokens have seen accentuated price corrections recently, activity in the sector itself has been recovering following the sharp 40% drop on Sept. 18. While the total value locked dropped from $13.25 to $6.3 billion in just 4 days, it has now recovered to roughly $9.5 billion locked, according to data from DeFi Pulse.

Yield farming is harder than it looks

Yearn.Finance has become quite popular among Ethereum whales, especially after the launch of yVaults which allow users to deposit funds.

These vaults are essentially a set of automated actions that go through multiple protocols to open positions in the highest yielding stablecoin assets. Participants also benefit from the farming of additional tokens in the process and the account functions like a smart savings account, only much, much smarter.

yVaults have been shown to deliver incredibly high annual percentage yields (APY) to users, with some even reaching the four-digit percentages. However, these APYs can be somewhat misleading given that they only show the expected return for a variable rate at a given time.

Most yield farming ventures last only a few weeks or even days, whilst the displayed APY’s reflect the interest earned for an entire year.

This means investors who are not detail oriented may be lured into risky farming pools by a big number but then actually end up losing money by the time they are prepared to harvest.

How much are whales earning?

To look deeper into the issue of misleading yields, Flipside Crypto built a calculator that measures the interest being earned on Yearn.Finance’s yVaults. Through this the data intelligence provider was able to determine the exact amount some of the biggest whales in the crypto sector were able to earn from staking in yVaults.

Using the yCRV vault, which leverages Curve to earn holders interest, Flipside Crypto concluded that one whale in the yCRV vault locked over $97 million worth of yCRV tokens (a token backed by a basket of stablecoins) and eventually made a $800,000 profit after three weeks. 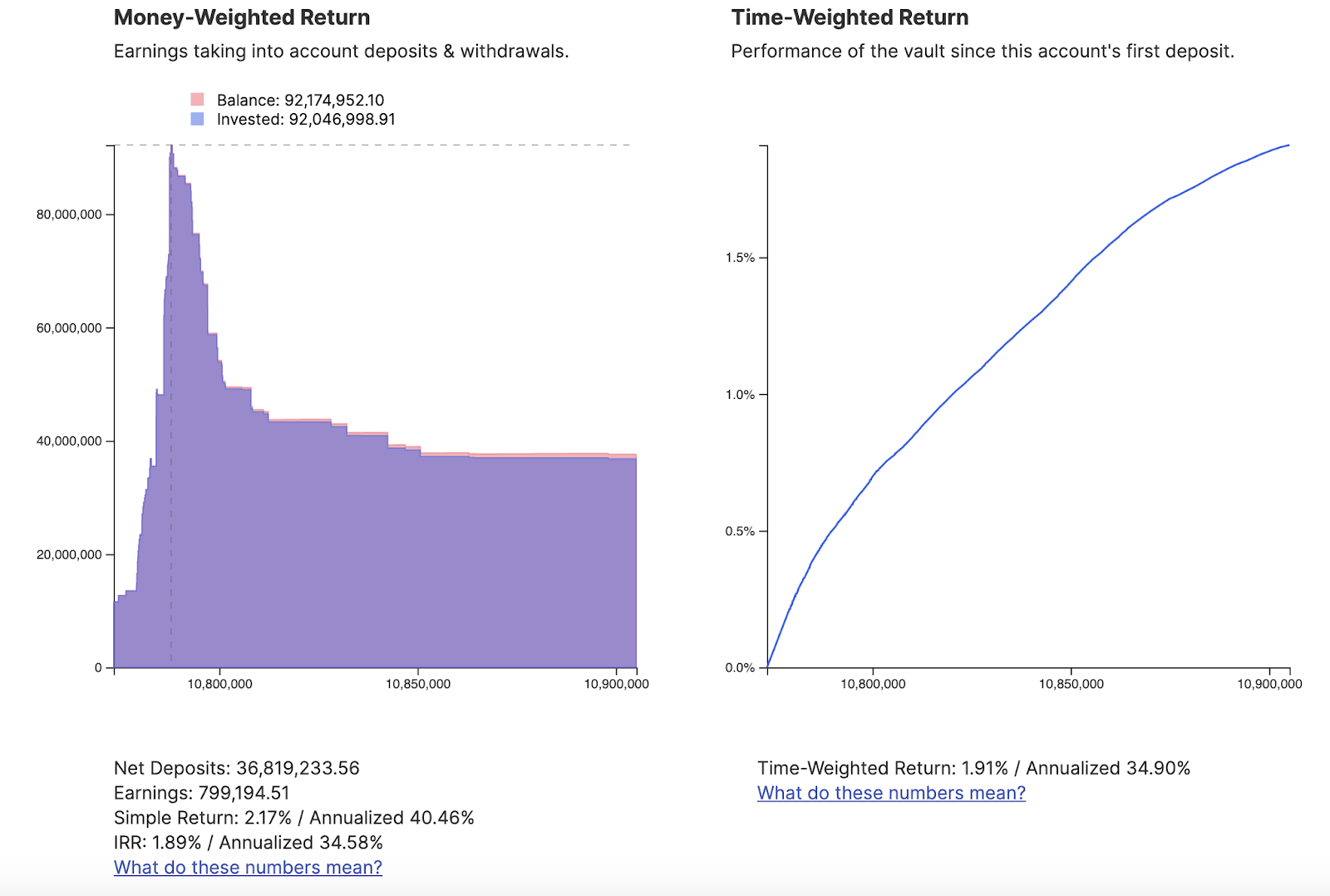 Another whale invested $40.6 million in the same vault and was able to secure a $500,000 profit in the same period of time. 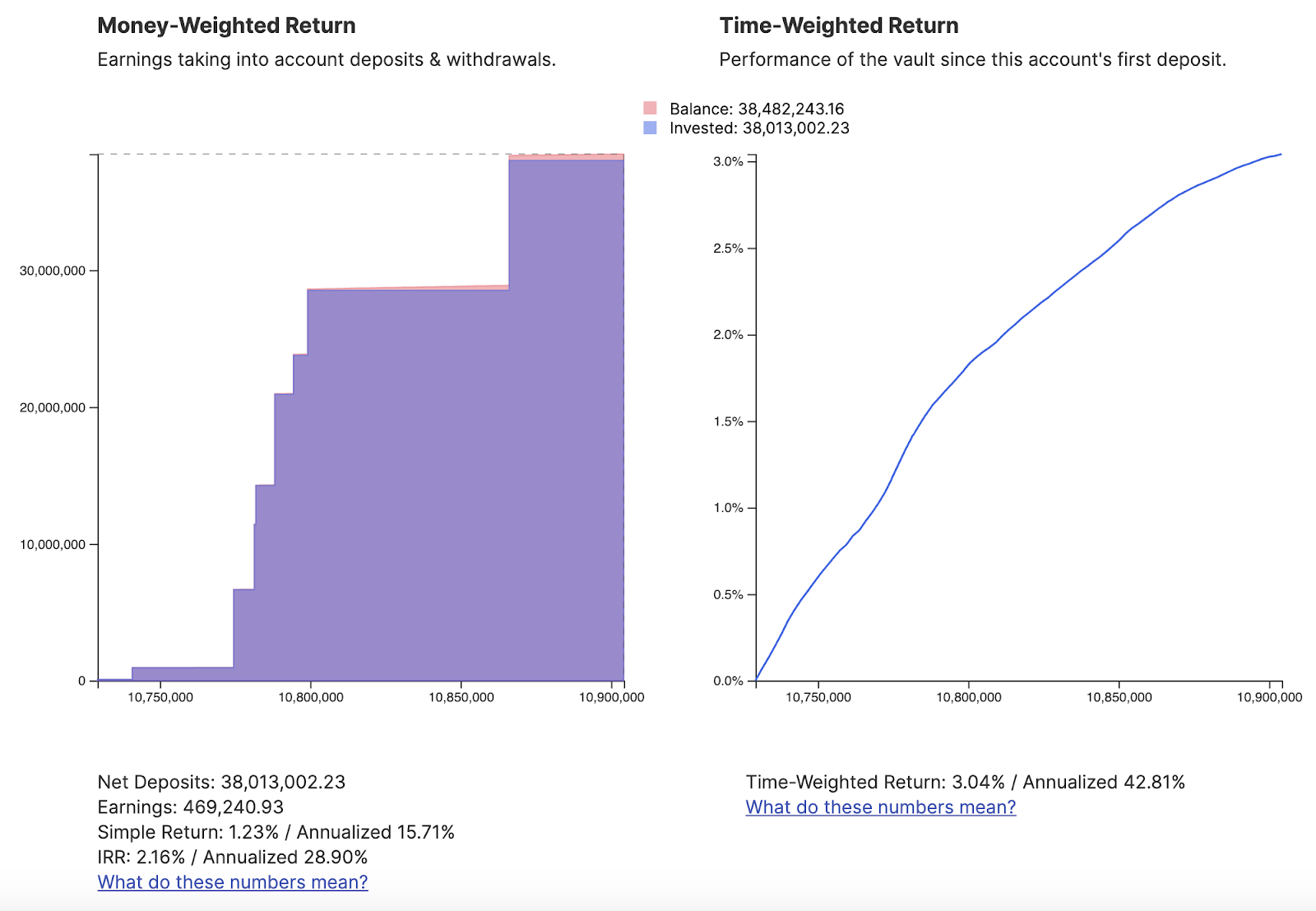 A third whale gradually deposited over $10.9 million and earned around $177,000 in the same period of time. 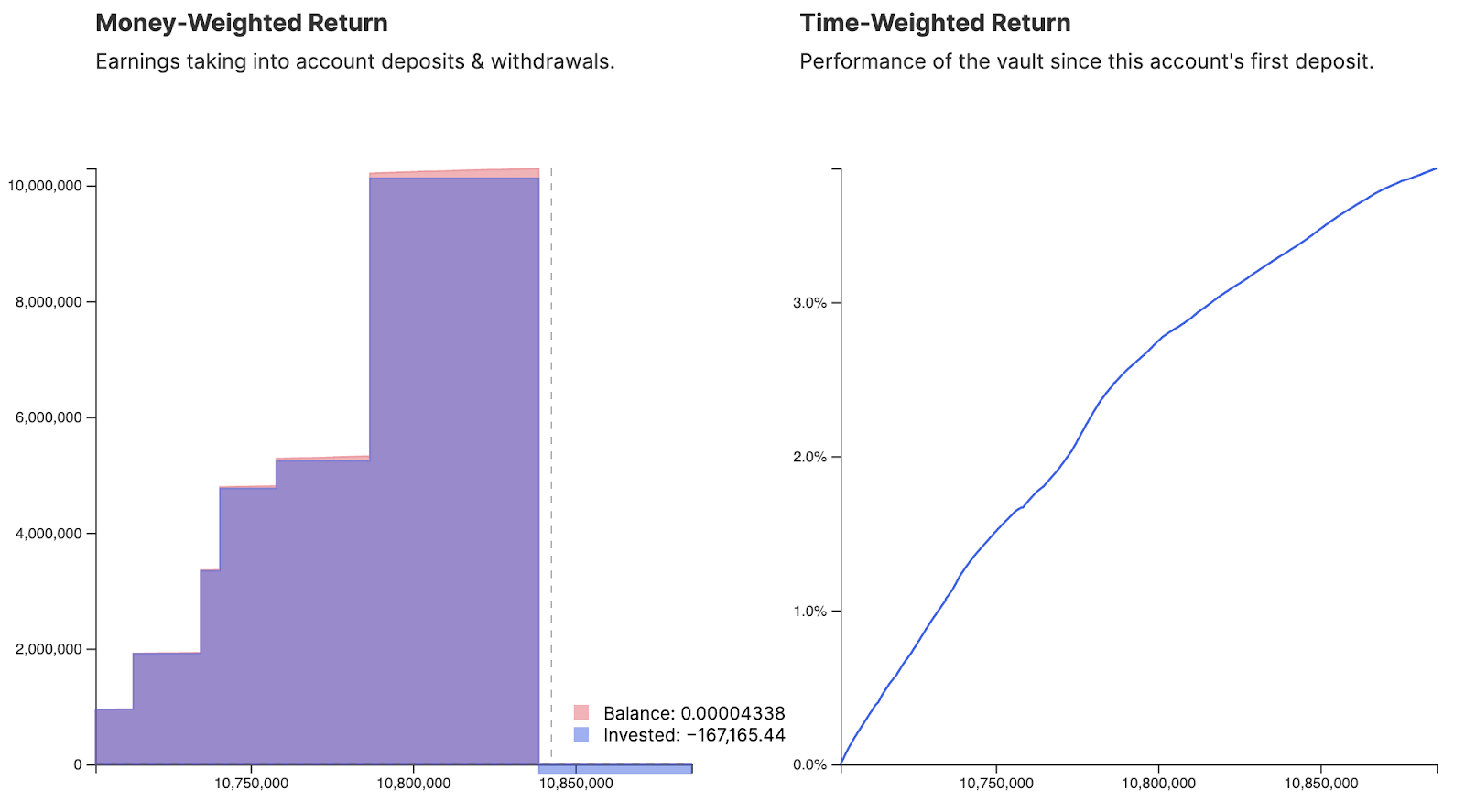 According to Flipside Crypto, while the APY was not in the four digit range, yCRV users received a simple return of 2.17% which equates to an APY of 40.46%.

While this is an impressive figure, there are plenty of other pools paying much higher APY, but it’s also worth noting that investing in these vaults comes with a risk.

Are liquidity pools worth the risk?

The yCRV vault is relatively safe, as it does not rely on the price of yCRV, but rather on the price of the token’s underlying DAI, USDC, USDT, and TUSD stablecoins which can lose their peg.

However, other vaults have higher stakes as users may lose their investment altogether, like in the case of the yETH vault that uses Ether (ETH) as collateral to mint DAI tokens. This means if the price of Ether drops below a certain point, then the user will lose their collateral and the vault investment.

In the future, as the DeFi sector continues to expand, external factors like regulatory hurdles and the lack of network scalability may become a problem for investors and protocols.

For these reasons, investors are encouraged to never invest more than they are comfortable losing regardless of the depth of a liquidity pool or the size of a popular DeFi platform’s total value locked.