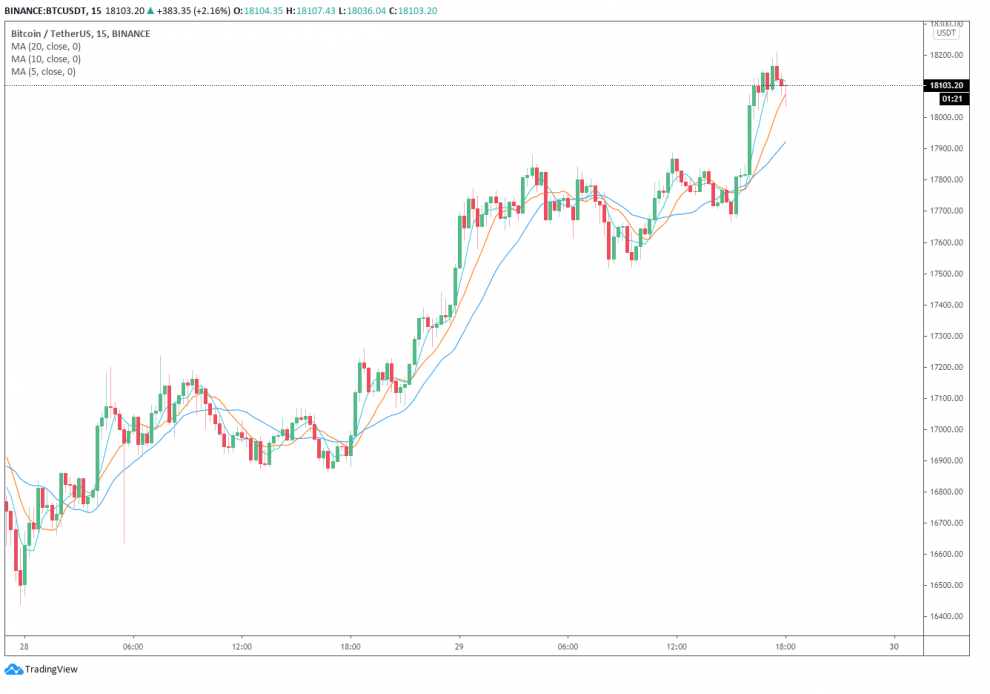 Bitcoin currently faces resistance at around $18,200, which is also the 10-day moving average (MA) on the daily chart. As Cointelegraph reported yesterday, some traders still anticipate BTC to see another drop in the near term before the rally can continue.

Why a bull trap for Bitcoin now?

A pseudonymous trader known as “Crypto Capo” predicted Bitcoin would see a relief rally to $18,000 as it dropped to the $16,000 region.

He added that he is now starting to hedge at $18,100 with plans to cut the hedge if the trend reverses. In the near term, the trader noted that the first confirmation of a correction would be a drop to $17,400. He said:

“Starting to build a hedge position. I don’t want to sell some alts bags because the entry was very good, so hedge is a better option here. Invalidation for the hedge is clear.”

Another pseudonymous trader known as “Loma,” who discussed a bullish structure for Bitcoin at $17,500, said he has cut half of his long position.

The trader emphasized that BTC is nearing resistance as it looks to close its weekly and monthly candles. Considering that the $18,200-$18,400 area remains a resistance range, the trader said:

There is a counter bullish scenario for BTC

The analyst said that he expects a pullback to $14,000, but also noted that this is not guaranteed. He pinpointed various technical indicators, including BTC being in oversold territory for the first time since the rally began. He wrote:

“There are two major $BTC correction types: -15% & -30% declines. While anticipating~14k region, I noticed it’s the first return to the mean and first oversold bullish momentum cross since the rally started – VERY strong signal. Wouldn’t mind ATH before Christmas. Who’s with me.”

The bullish scenario for Bitcoin would still require BTC reclaiming $18,400 and consolidating above it to confirm the new support levels.

Popular trader filbfilb, meanwhile, said that he is currently in cash as market uncertainty is calling for increased risk management.

“In the event of a breakdown below $15K and a flip of previous support into resistance, that may present a straightforward short opportunity,” he wrote on Sunday in his weekly newsletter.