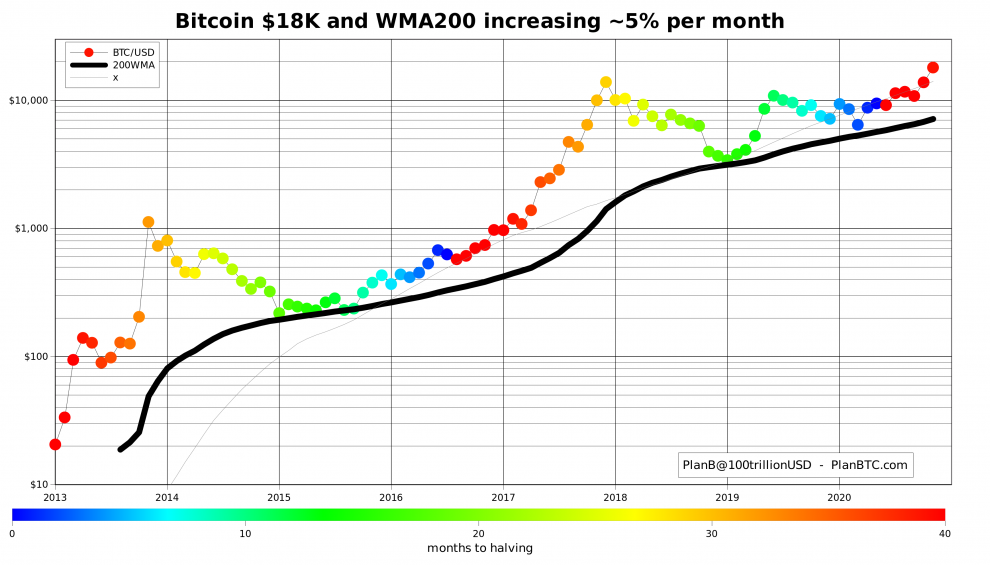 Bitcoin (BTC) is setting new records in almost all aspects except USD spot price, says a new digest, which concludes that 2020 is not like the 2017 rally.

In a blog post on Nov. 17, Nic Carter, co-founder of statistics resource CoinMetrics, highlighted nine charts, which as of this week, are higher than ever.

From wallet balances over $10 to institutional holdings and even Bitcoin spot prices in various fiat currencies, the data shows that Bitcoin is outperforming on a historic level.

“In these nine charts, I covered a variety of factors where clear improvements are manifestly present when we compare today’s market environment with the bull run of yesteryear.”

All serve to differentiate the Bitcoin of 2020 with that of three years ago, when a fervent few weeks at the end of Q4 produced fleeting all-time highs near $20,000.

As Cointelegraph reported, the past few days have produced a fresh round of bullish price predictions from well-known sources, who claim that $20,000 will not act as a ceiling this time around, and that breaking it will allow the bull run to continue.

For 2021, entities from crypto investors to traditional banks have given sky-high price targets, among them, Citibank’s $318,000 punt by year end.

“The fascination has worn off” — Analyst

Yet, not everyone is so optimistic. Even as $18,000 became a reality this week, one strategist told mainstream media that the lack of publicity Bitcoin is getting is proof that interest has died.

“The fascination with it has worn off,” Kathy Jones, chief fixed income strategist for Schwab Center for Financial Research, declared to Bloomberg:

“You have the hardcore ‘I’m a cryptocurrency investor’ group but it hasn’t really expanded because it’s been so volatile, there have been so many questions around security and what regulations might do. The number of questions I get on it now is a fraction of what I got a couple of years ago when it was really hot.”

The perspective underscores the divide between those within the cryptocurrency sphere and those outside it, the latter still convinced that 2017 marked the peak of the Bitcoin “fad.”

“The $20,000 level is clearly the next target for Bitcoin. Should we surpass that this year, which I believe is possible, then we are into uncharted territory as sentiment remains positive,” Simon Peters, crypto-asset analyst at multi-asset investment platform eToro, commented to Cointelegraph.

“Bitcoin’s maturity, evidenced by the diversity of its investors and extensive and wide-ranging data sets, mean that we can say with some trepidation, ‘This time is different.’”