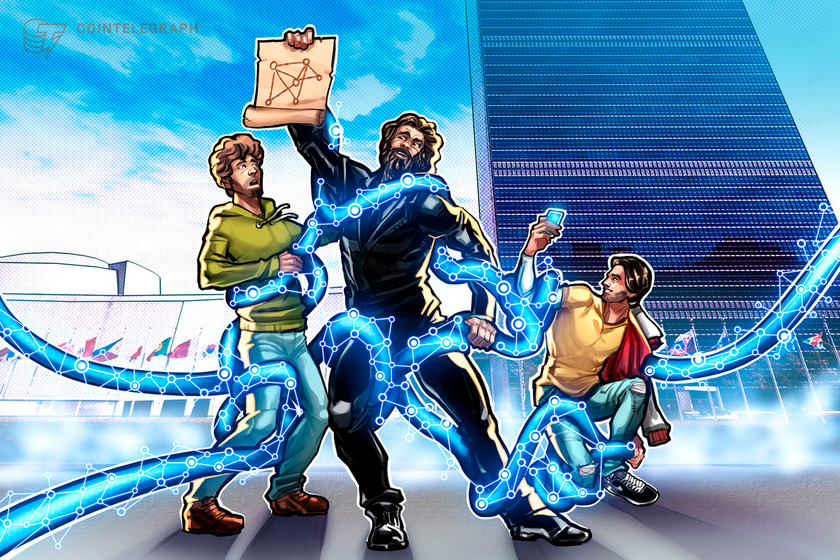 When the Sustainable Development Goals, or SDGs, were conceived back in 2012, blockchain technology was in its early days. Few could have foreseen the trajectory and the potential of blockchain for advancing these ambitious targets.

But today, we see opportunities for blockchain technology to recast conventional approaches to sustainable development — and accelerate progress if deployed responsibly.

There are a number of macro trends this year in the world of blockchain and sustainable development that provide context. This has been — and will continue to be — an important year for laying the groundwork for major disruptors like digital currency and digital identity.

The trajectory of blockchain technology, in some ways, chimes with that of its predecessors. Following buzz around ambitious aims such as financial inclusion and data ownership, there has been limited work to define what this means and looks like. In fact, if risks and benefits are not carefully evaluated, there is potential for widening existing gaps or the exploitation of vulnerable populations.

It has been encouraging to see momentum toward defining and self-regulating around user protection, such as the Global Digital Finance Code and the Presidio Principles, but it’s important that these conversations stay grounded in the realities of consumer protection, infrastructure capabilities, and the influence of politics and cultural notions to ensure that the technology is able to meaningfully contribute to sustainable development aims.

While some organizations such as the Human Rights Foundation and American Red Cross have long-accepted cryptocurrency donations, we have seen an increase in the number of players looking at digital currency as an avenue for financing the SDGs. For instance, the UNICEF Cryptocurrency Fund announced its largest round of investments this year, and a number of platforms have been supporting a crypto version of Giving Tuesday for some time.

Related: The future of philanthropy lies in blockchain technology

As conversations around central bank digital currencies and stablecoins pick up, so are those on how digital currency may be a tool for direct aid delivery, as we’ve seen with the World Food Programme’s Building Blocks project, which uses blockchain technology to authenticate and register transactions.

There has also been a sustained focus on digital identity as a key enabler of the SDGs. While many of these efforts are in early stages — like the recently-launched PayID that brought together a number of industry leaders — this will certainly be a space to watch as a foundational element for future progress.

As widely reported, the COVID-19 pandemic has highlighted the challenges and vulnerabilities in global supply chains, increasing calls for transparency and traceability. In response, we’ve seen several initiatives investigating — or accelerating existing investigations — into blockchain technology to meet these needs.

Central to everything from global trade to aid delivery, supply chains are an important component of the sustainable development equation. Blockchain technology for supply chain use cases has reflected this variety. For instance, multi-national development banks such as the Asian Development Bank and Inter-American Development Bank are investigating the use of blockchain for trade single window projects in South Asia and Latin America, respectively.

StaTwig, an India-based company and graduate of the UNICEF Innovation Fund, has piloted the use of blockchain technology to track vaccine delivery in an eastern state. Anheuser-Busch InBev, a multinational drink and brewing company, piloted the technology in Zambia to facilitate transparency in pricing around locally sourced crops such as cassava, for which farmers had been historically underpaid.

“Promote peaceful and inclusive societies for sustainable development, provide access to justice for all and build effective, accountable and inclusive institutions at all levels.”

Public procurement is one of the largest sources of government spending and, relatedly, the greatest source of official corruption worldwide. The complexity, relative opacity and subjectivity involved contribute to a large amount of wasted money. To increase external oversight, the government of Colombia undertook a proof-of-concept for a blockchain-based procurement system. While the technology alone is not enough, it can be a powerful tool when partnered with “monitorship” models, such as those established by Transparency International or the Partnership for Transparency Fund.

Related: Bribery gets blocked: Stamping out corruption with blockchain tech

In addition, tax administration can be an important tool or a barrier when it comes to domestic targets for the SDGs. According to the World Bank, “30 of the 75 poorest countries collect less than 15% of GDP in taxes” — a critical threshold for providing basic services. The Prosperity Collaborative, a coalition of several public and private-sector actors, is examining how open-source technologies, including blockchain, may have a role to play in public finance.

As climate change and human rights are at the forefront of consumers’ minds, responsible consumption has become a critical area of focus for many businesses.

This year, we’ve seen blockchain technology at the center of many of these conversations. For example, the Mining and Metals Blockchain Initiative launched last year and was brought together by seven industry heavyweights, including De Beers and Eurasian Resources Group, to explore the use of blockchain technology to track carbon emissions and supply chain transparency. Around the same time, the Responsible Sourcing Blockchain Network brought together automotive players including Ford and Volkswagen to pilot the use of blockchain for the ethical sourcing of minerals.

Sumedha Deshmukh is the platform curator on the Blockchain and Digital Assets team at the World Economic Forum. She oversees the team’s engagement with a wide array of public and private sector actors and manages a portfolio of projects covering regulation, DeFi and user-centric development. With a background in economics and policy, she previously held positions at Devex, a media company focused on global development, and Deloitte.