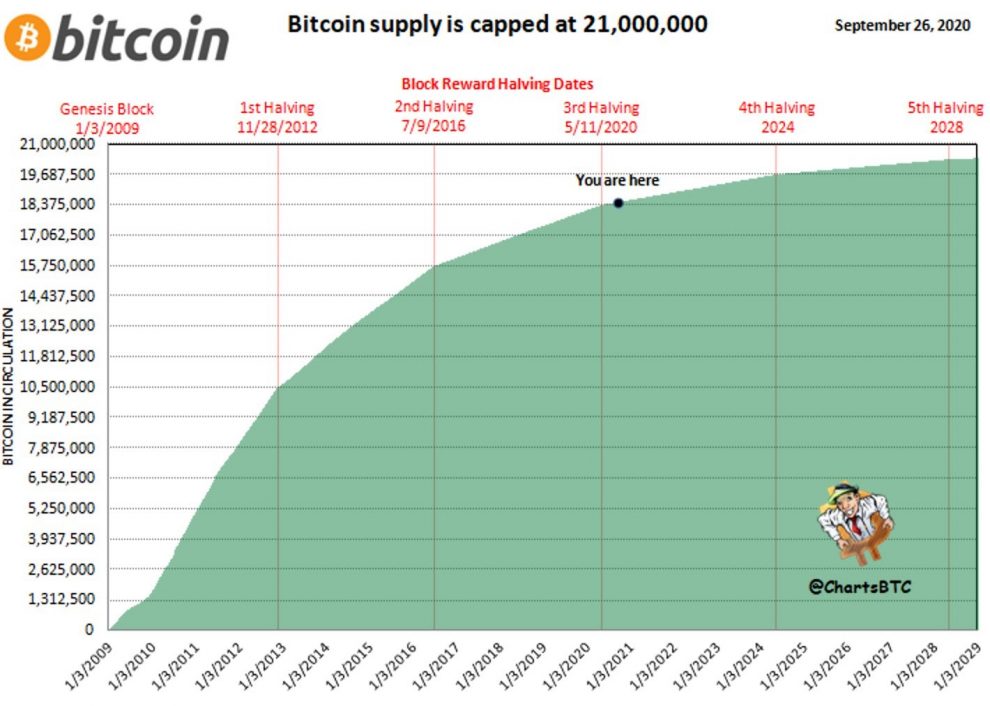 With only 21 million Bitcoin (BTC) to be issued, a little under 2.5 million BTC remains for mining.

In a tweet, ChartBTC said the Bitcoin network already passed the 18.5 million BTC mark in circulation. This means there is less than 2.5 million BTC left, or about 11.9% of the total Bitcoin to be generated.

ChartBTC pointed out half of the remaining 2.5 million BTC will be mined in the next four years. Since the genesis block back in 2009, the Bitcoin network has already undergone three halvings, with the third halving taking place in May this year. As the issuance of new coins is halved every four years, the last Bitcoin is not expected to be mined until 2140. No new Bitcoin can be mined after that year.

As Cointelegraph previously reported, a group of eight Crypto Valley experts thought the last halving was different from those in the past because more people are considering storing their life savings in BTC.

Since early 2020, institutional demand for Bitcoin had been steadily increasing. New survey data showed that institutional investors intend to increase their Bitcoin allocations regardless of short term dips in price. Through its investment in MicroStrategy, the world’s largest sovereign wealth fund now owns 577.6 BTC.