When I began to get interested in trading, about 20 years ago, I read many books on the topic. One day, I saw: “In order to make money in the markets, the importance is not to lose.” Duh! — did I tell myself while reading… only later to discover the real meaning behind that catchy phrase, which I have since applied when trading, and to a great benefit.

The eighth wonder of the world

In order to understand the true meaning of, “In order to make money in the markets, the importance is to not lose,” one has to remember what Albert Einstein famously said about compound interests being the most powerful force in the universe:

“Compound interest is the eighth wonder of the world. He who understands it, earns it… he who doesn’t … pays it.” 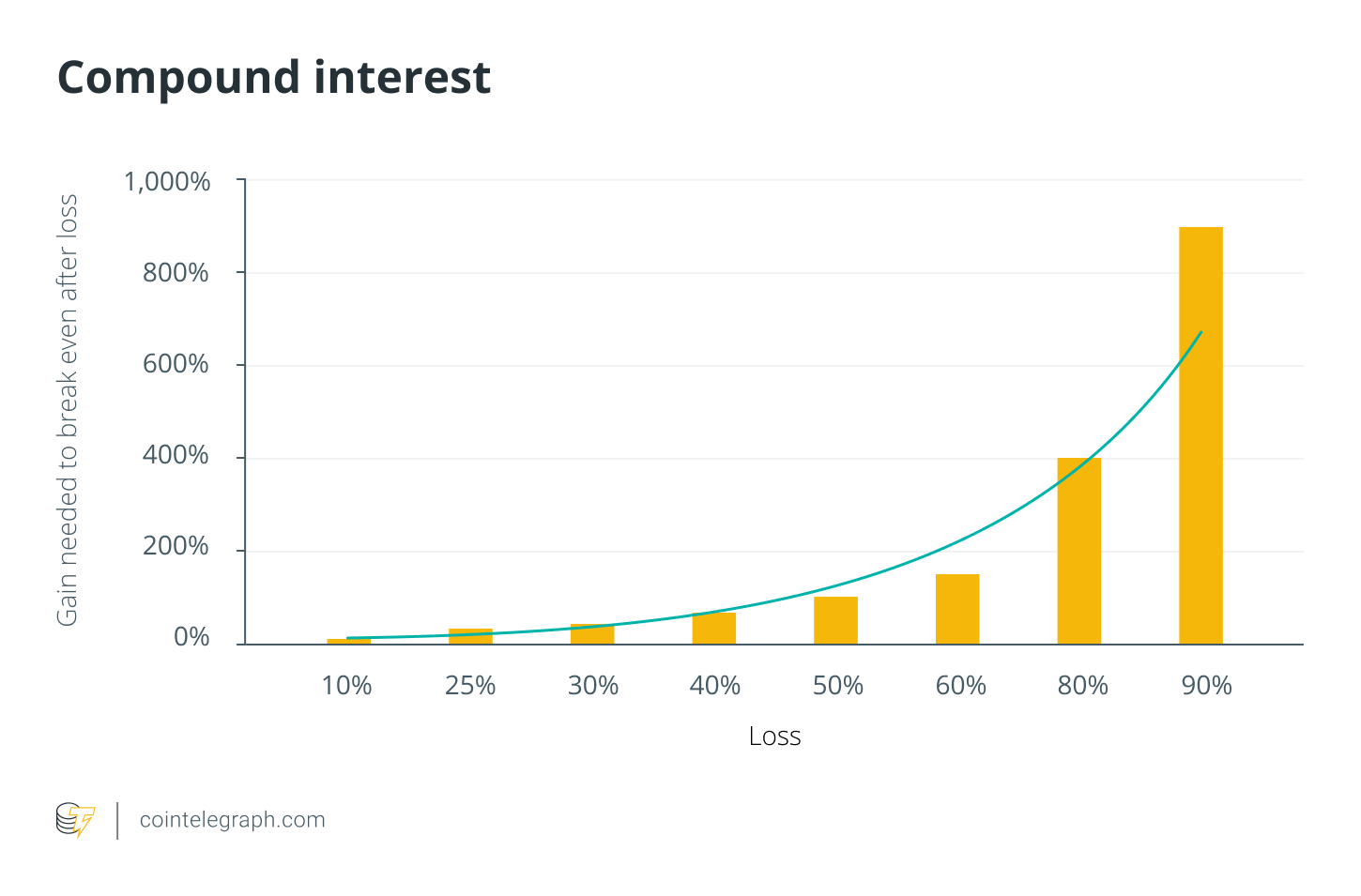 Markets take the elevator down, but the stairs up

Markets tend to fall much faster than they rise. Compound that (no pun intended) with the compounding interests effect on the negative side, and one can easily see the problem, which is two-fold:

Focus on controlling losses, profits take care of themselves

It then appeared more clearly to me that “In order to make money in the markets, the importance is not to lose” meant: One has to keep losses small, as the bigger they are, the harder it is to recover.

Trading is, in fact, all about risk management.

When entering a position, people bet on a direction (either up or down) in which the market may turn, usually over a predetermined time frame with an expected probability above 50%. However, in reality, the probability of making the right call is often less, typically in the 30%–40% range for a successful trader.

This means that a trader will be wrong 60% to 70% of the time, whereas the initial expectation was less than 50% of the time, hence the need to focus on controlling losses that occur more often than one expects.

By the same token, winning positions will compound positively over time, leading to exponential growth — if one can keep the unavoidable losses contained.

Investors and traders, as human beings, have a tendency to chase performance, as it’s easy to extrapolate a previous trend. If a pattern has worked so far, why would it not continue as such for a while? Chasing performance tends to put more emphasis on capturing large moves at the expense of potentially being hit more severely, rather than trying to capture more modest moves with a focus on minimizing losses.

Over the mid- to long-term, traders are better off preventing/minimizing losses than chasing performance. 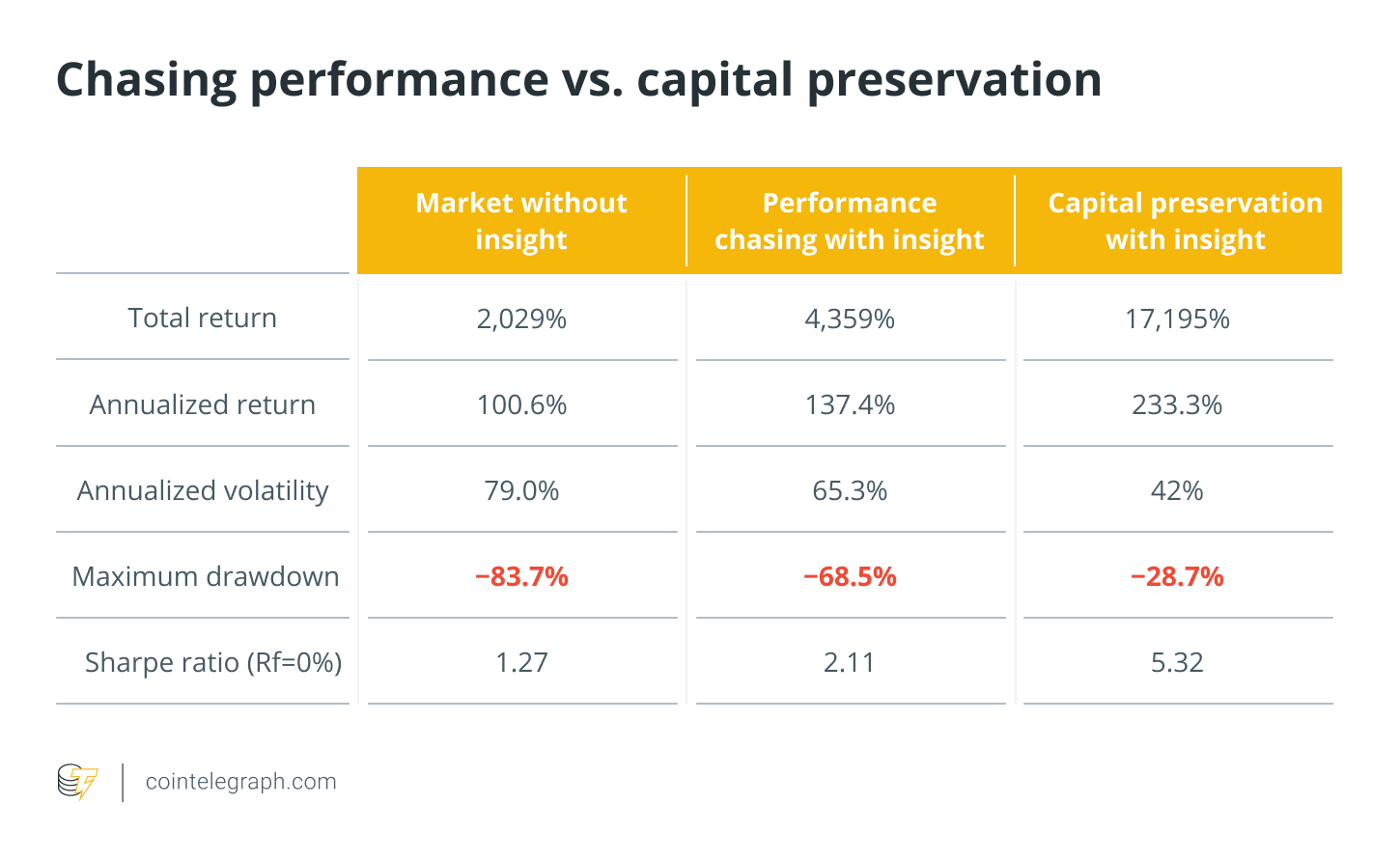 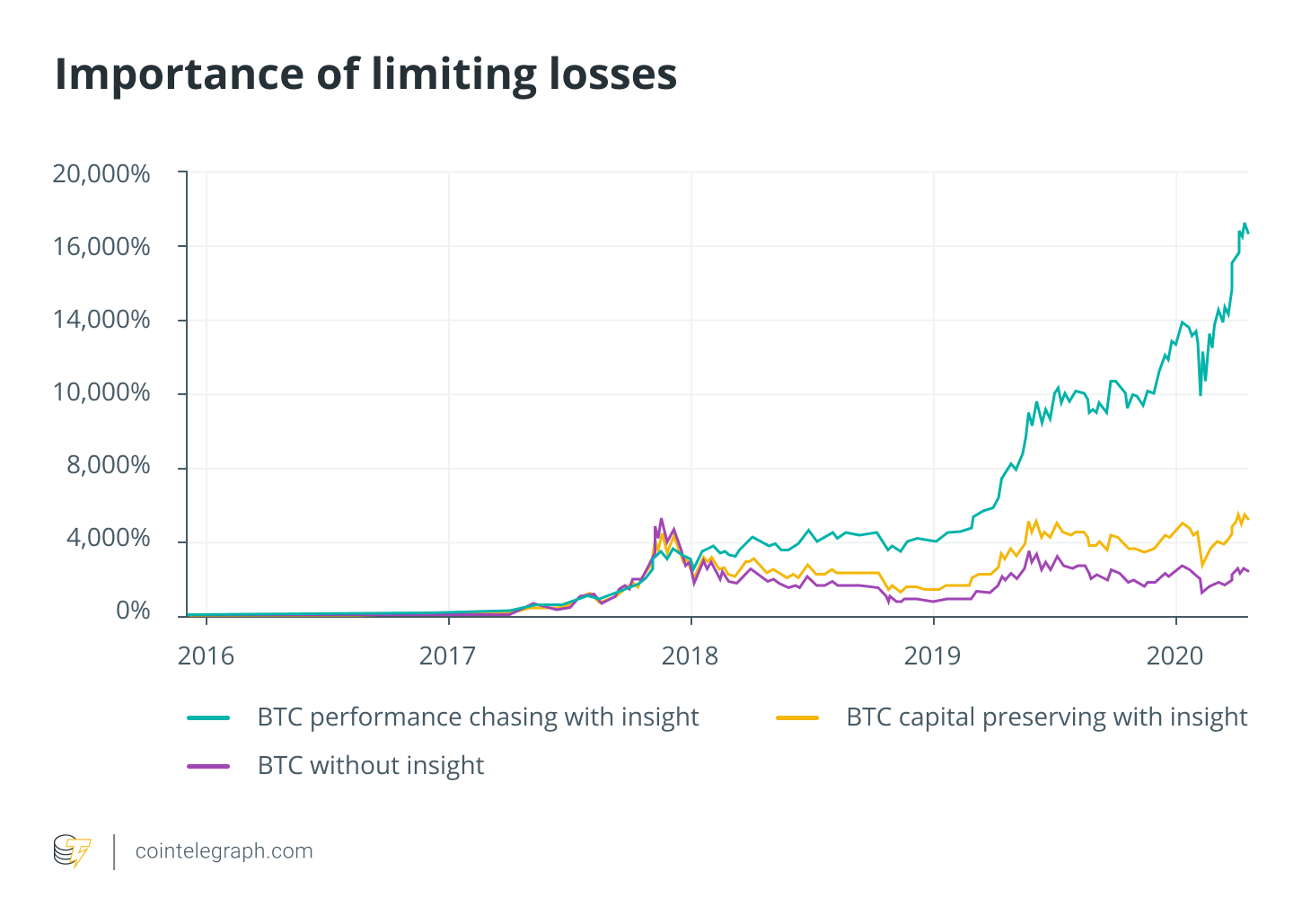 This is a theoretical example, deliberately oversimplified for illustration purposes only.

During the corrective phase, the passively held asset loses $20, whereas exposure to the same asset through an actively risk-managed strategy loses only $10.

During the recovery phase, the passively held asset gains $30, whereas the same asset traded by the active strategy gains only $25.

At the end of the correction/recovery cycle, the passively held asset’s price gained 10% while suffering a drawdown of 20%, whereas exposure to the same asset but backed by an actively risk-managed strategy gained 15% with only a 10% drawdown. 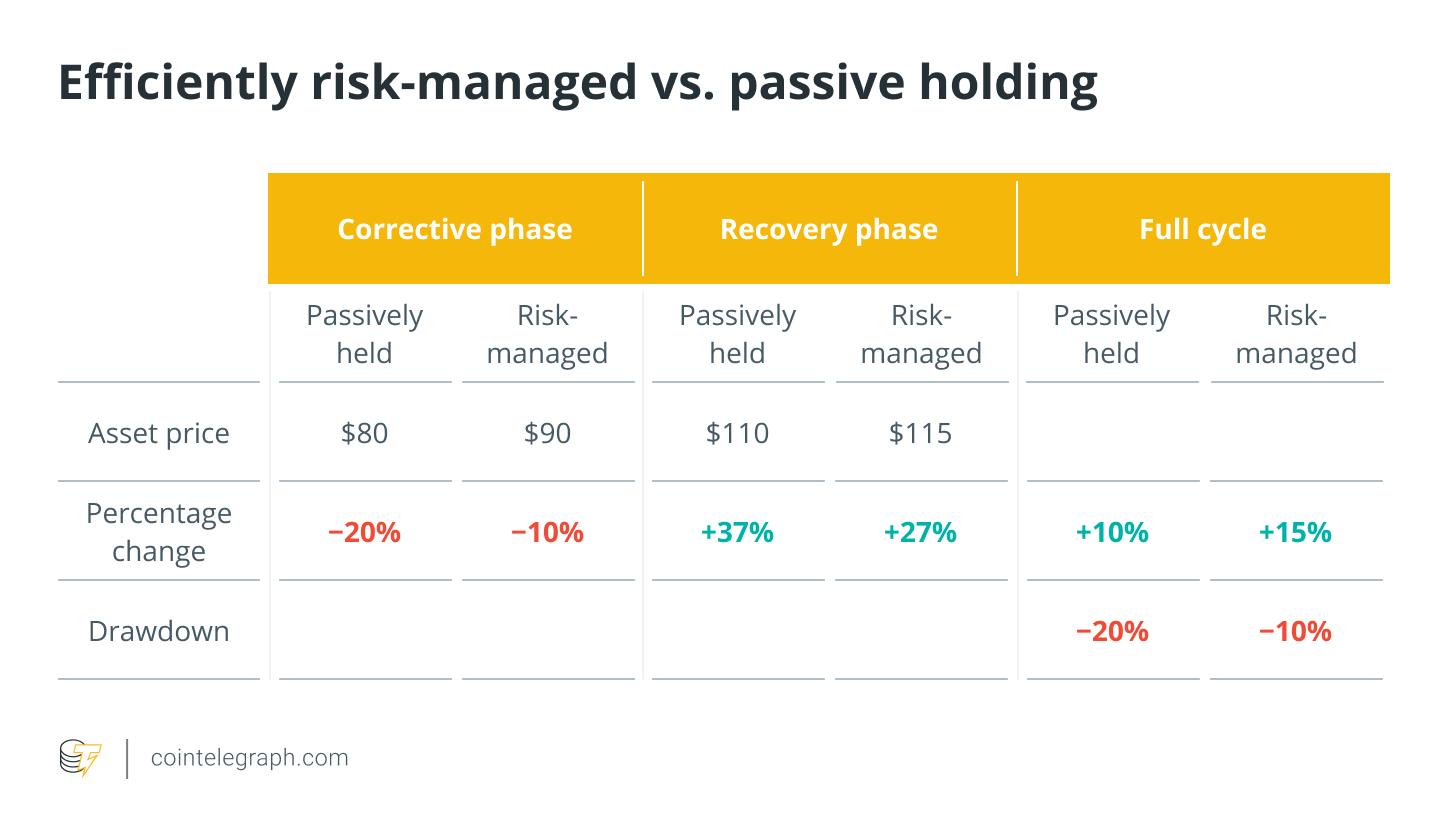 Even if the active strategies don’t capture all of the upside moves of a passive holding, over time, they outperform greatly by minimizing the losses along the way, while the compounded interests take care of the profits.

A systematic and robust risk-managed approach is the only way to make money when trading over the long term — not because you’re going to catch all of the right moves, but because you’ll cut the losses early when you are wrong, with no overthinking. Admitting error is harder than one might think for a carbon entity such as a human, but a no-brainer for silicon entities.

This article does not contain investment advice or recommendations. Every investment and trading move involves risk, you should conduct your own research when making a decision.

David Lifchitz is chief investment officer and managing partner at ExoAlpha, an expert in quantitative trading, portfolio construction and risk management. With over 20 years of experience in these fields and 8+ years in information technology with financial firms, he has notably been the former head of risk management at the U.S. subsidiary of Ashmore Group ($74 billion in assets under management in 2018), dedicated to alternative investments. ExoAlpha has developed proprietary institutional-grade trading strategies and infrastructure, monitored 24×7, to operate seamlessly in the digital asset markets applying strong risk management principles.