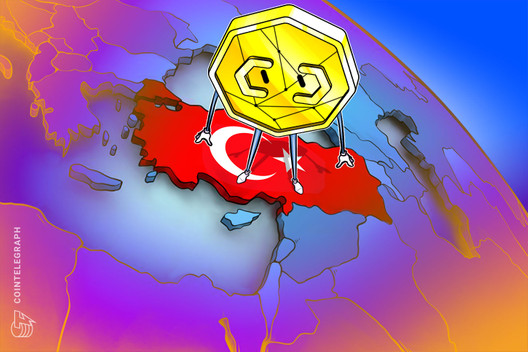 A new survey seems to debunk the common conception of Turkey as a cryptocurrency-savvy country.

Major Turkish crypto exchange Paribu had a simple aim: to find 1,000 Turkish citizens who somehow heard about crypto. It took over 6,000 video interviews across 12 cities in Turkey during the peak of COVID-19 outbreak, to achieve this goal. The reported results have debunked a major myth about the Turkish crypto ecosystem.

A previous report claiming that one-fifth of the Turkish population has used or owned cryptocurrency had drawn the attention of many global crypto players.

The global-scale survey from Statista, conducted in the first half of 2019 across 18 countries via online polls with 1,000 respondents per country, had crowned Turkey as a global leader in crypto adoption.

This staggering adoption rate was the highlight of numerous presentations made about Turkey and the region since the report first published.

The new survey from Paribu, released on July 23, draws a sharp contrast with previous global reports by claiming that crypto usage among Turkish people is actually less than 1%. The survey itself was conducted by Akademetre Research Company on behalf of Paribu, and the results have been made public in the Cryptocurrency Awareness and Perception Survey report.

Five out of six never heard of Bitcoin

Those numbers triggered a second phase in the survey. Knowing that 44 is too small a sample size to conduct reliable research, Akademetre and Paribu then used another sampling. This time, they created another group of 300 regular crypto users.

Turkish users see crypto as a way of investment and trading

With the new sampling, the survey dug deep into the perception of Turkish crypto users. Out of those new batch of 300 respondents, 34% expressed their trust in crypto. It also found that people are searching for information about crypto through digital channels, with the internet (33.3%) and social media (17.7%) being the top-two choices.

Crypto is used mostly as an investment or trading instrument, with less than one in three respondents using cryptocurrencies as a way to transfer money. Regardless of how it is used, crypto has a high satisfaction rate among the Turkish audience at 72.7%.

The top choice of Turkish crypto users is Bitcoin with 68% dominance. Ether (ETH) and Bitcoin Cash (BCH) follow BTC from afar at 14.7% and 9.7%, respectively. Commenting on the results of the survey, Paribu CEO Yasin Oral highlights the low adoption rate of crypto in Turkey, adding:

“There’s a huge potential audience in Turkey. As the young and tech-savvy population of the country sees the advantages of cryptocurrencies, user numbers are going to increase accordingly. The high satisfaction rate of current crypto users is a big implication for this.”

Trust in Bitcoin spiked during the COVID-19 pandemic

It found that, during the COVID-19 pandemic, trust in Bitcoin increased by 23%, while satisfaction spiked 58.5%.

Conducted with 379 respondents, the report states that crypto usage among the Turkish audience has doubled since February 2019.