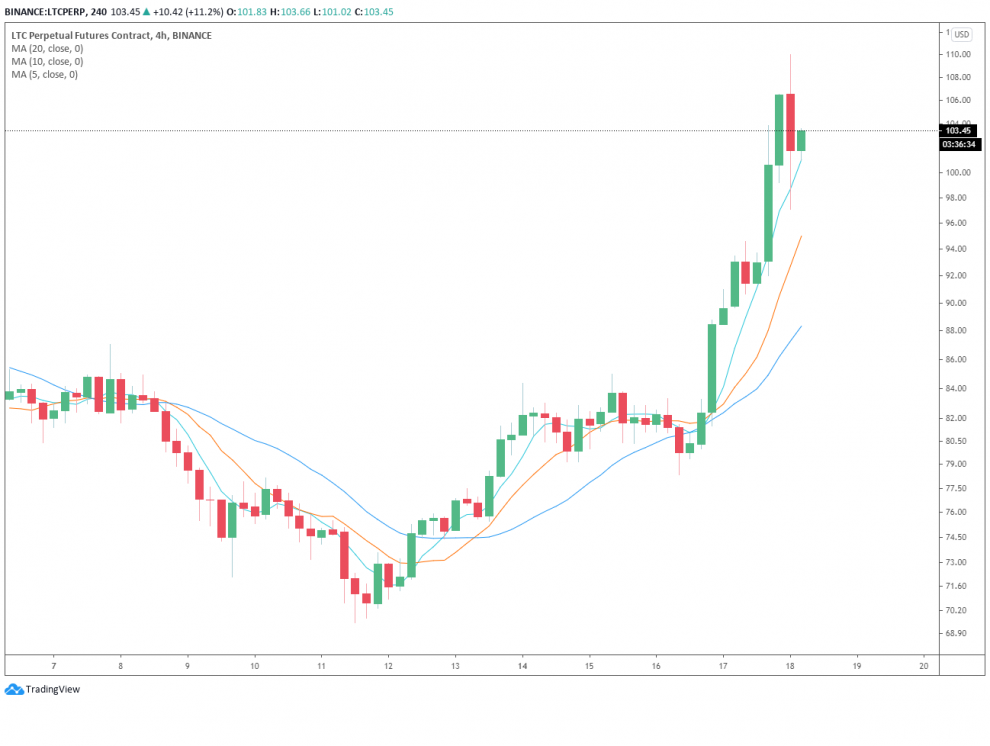 Litecoin (LTC) and Dogecoin (DOGE) are rallying strongly as Bitcoin (BTC) fights to stay above $23,800. Many analysts say the surge in large-cap altcoins is directly connected to Bitcoin’s price action and historical data shows the two tend to move in tandem when BTC goes through bull and bear cycles.

As altcoins begin to show signs of newfound momentum, traders are becoming even more confident in the strength of BTC’s trend.

Throughout December, altcoins stagnated against Bitcoin, particularly as BTC struggled to break out of the $18,000 to $19,400 range but this was in an environment plagued by low volume.

At the time, the cryptocurrency market’s volume was on the decline as Bitcoin continuously rejected a $19,400. As such, most of the volume went towards BTC and the altcoin market was temporarily deprived of trading activity.

Bitcoin’s break above $20,000 reignited interest in Litecoin and Dogecoin

Historically, after a major Bitcoin rally, altcoins that existed in 2011 to 2014 tend to surge. These cryptocurrencies include the likes of Litecoin, Dogecoin, and XRP.

One of the major reasons behind this altcoin rally is volume. Traders like to pump up altcoins, causing the volume to spike within a short period, and fuelimassive volatility.

Since these cryptocurrencies have significant historical relevance, when a rally starts, their momentum typically lasts longer than other obscure, smaller-cap altcoins.

One positive trend analysts have spotted is that altcoins are not seeing extreme volatility as they did in 2017. A pseudonymous trader called MoonOverlord said:

“One thing that never happened on this run was people panic dumping their $ALTS everytime $BTC moved 5% In 2017. I swear to god you’d look up, bang, alts would be -25% on a 4% BTC move it was awful. Tether and stables really didn’t even exist so you had to be $btc OR $alts.”

Are fundamentals driving the current surge?

According to Qiao Wang, a quant trader and DeFi researcher, Litecoin is not necessarily ‘digital silver’ in the same way analysts view Bitcoin as ‘digital gold’.

Since its launch, the go-to argument in favor of Litecoin was that it could act like silver if Bitcoin becomes gold 2.0. Wang said:

“If you are new to crypto, bought BTC, and are wondering which cryptoasset is silver to BTC’s gold. It’s not LTC. It’s ETH. The other day Paul Tudor Jones used an interesting analogy from the metals world to categorize cryptoassets. There are precious crypto. And there are industrial cryptos. BTC is precious. ETH is industrial. LTC is neither.”

Litecoin has various strong fundamental factors that could cause the market sentiment around it to improve. For instance, the Litecoin team is enabling MimbleWimble, a privacy solution initially designed for Bitcoin.

However, these fundamental factors are not sufficient enough to fuel a 57% rally in a week. The primary reason behind the abrupt rally of large-cap altcoins is likely a volume play by high-net-worth investors and traders looking to make a quick buck in the aftermath of a Bitcoin rally.