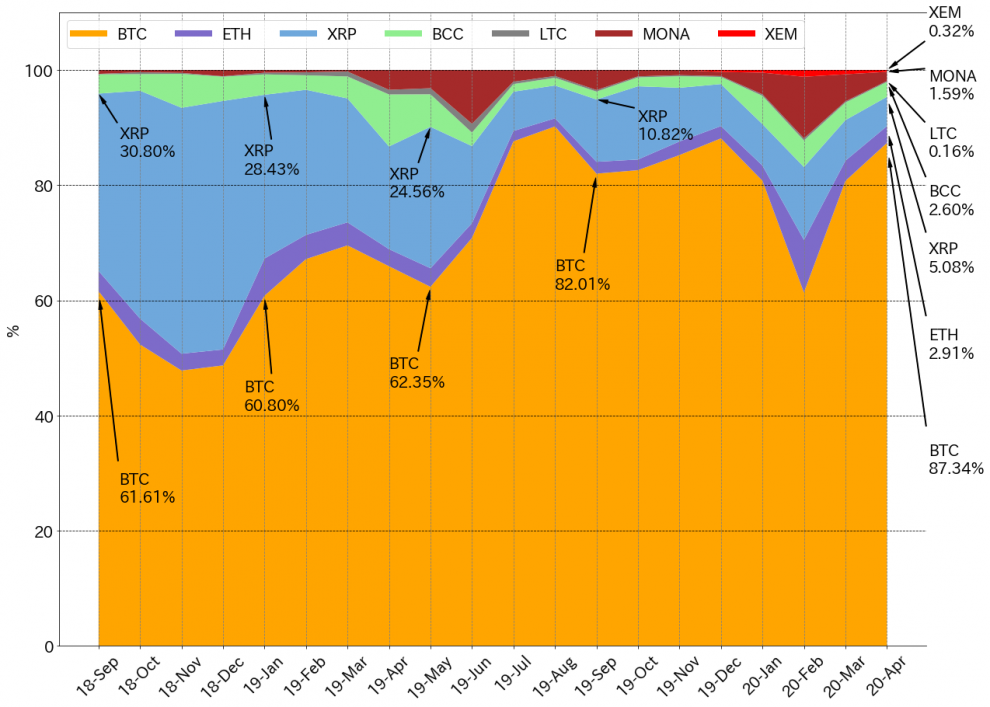 The vast majority of Japanese crypto traders who started getting into the market in the last year may be investing solely in Bitcoin.

According to data published on Aug. 19 from the Japan Virtual and Crypto Assets Exchange Association (JVCEA), Bitcoin’s dominance relative to altcoins in the Japanese market reached more than 87% in April. No other token accounted for more than 6% of monthly volume traded. In the same month, the number of active accounts for spot crypto trading in Japan increased by 13,987, an all-time high at the time.

“It seems like Japanese investors’ overall interest in altcoins has been shrinking over time relative to their interests in Bitcoin,” said Yuya Hasegawa, a market analyst at Japan-based crypto exchange bitbank. “Given the growth in the number of active accounts, the vast majority of the newer market participants in Japan, particularly since last summer, are likely to be interested only in Bitcoin.” 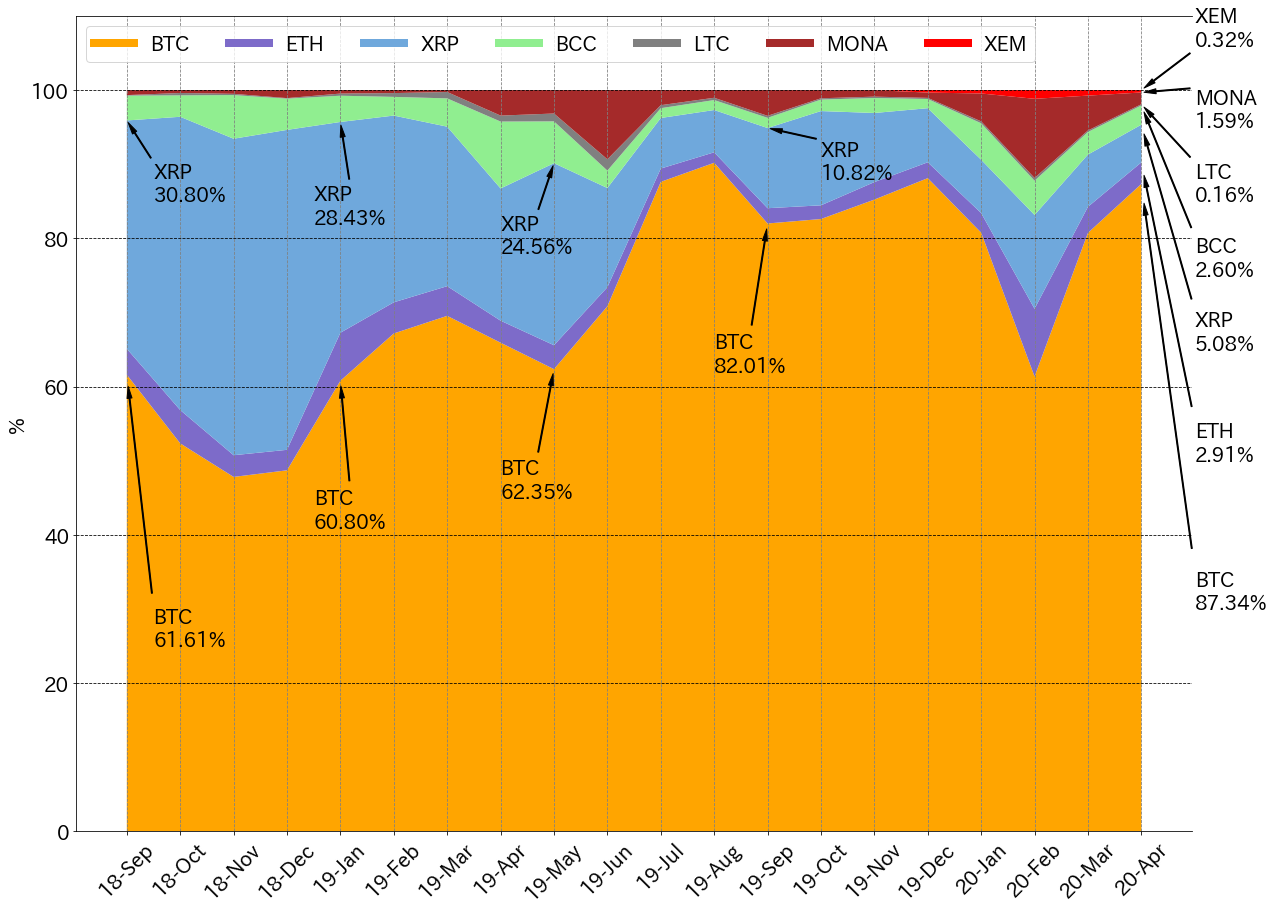 Hasegawa’s analysis indicates that XRP was one of the biggest losers among Japanese crypto traders. The altcoin once accounted for about 40% of monthly traded value in Japan’s crypto market, but that number dropped to almost 5% in April. Bitcoin (BTC) also briefly lost ground to MonaCoin (MONA) in February, but regained its dominance following the early stages of the pandemic in March.

Bitcoin’s dominance worldwide hasn’t exceeded 70% since Q1 2017 according to data from CoinMarketCap. As of this writing, the coin represents roughly 58% of the $373.6 billion combined crypto capitalization, its lowest point in 12 months.