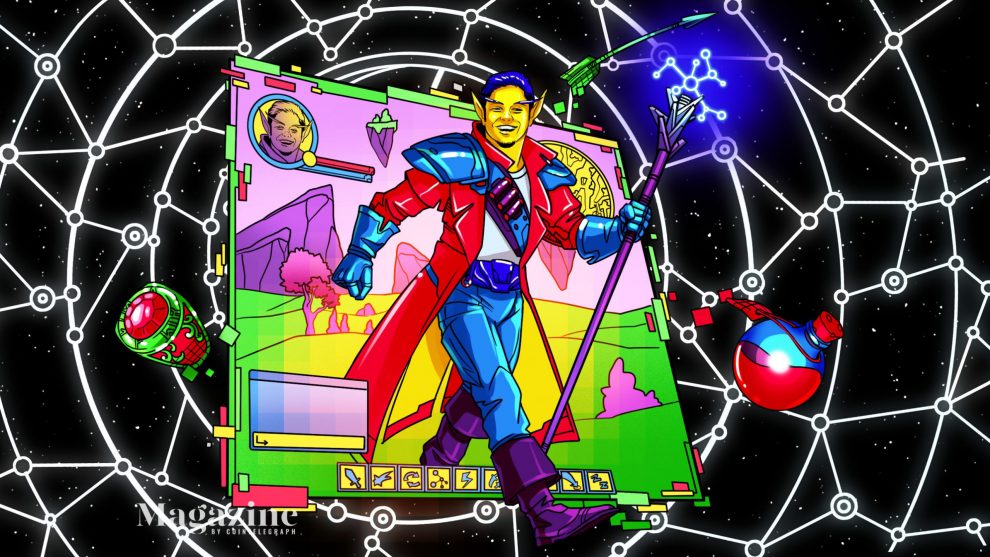 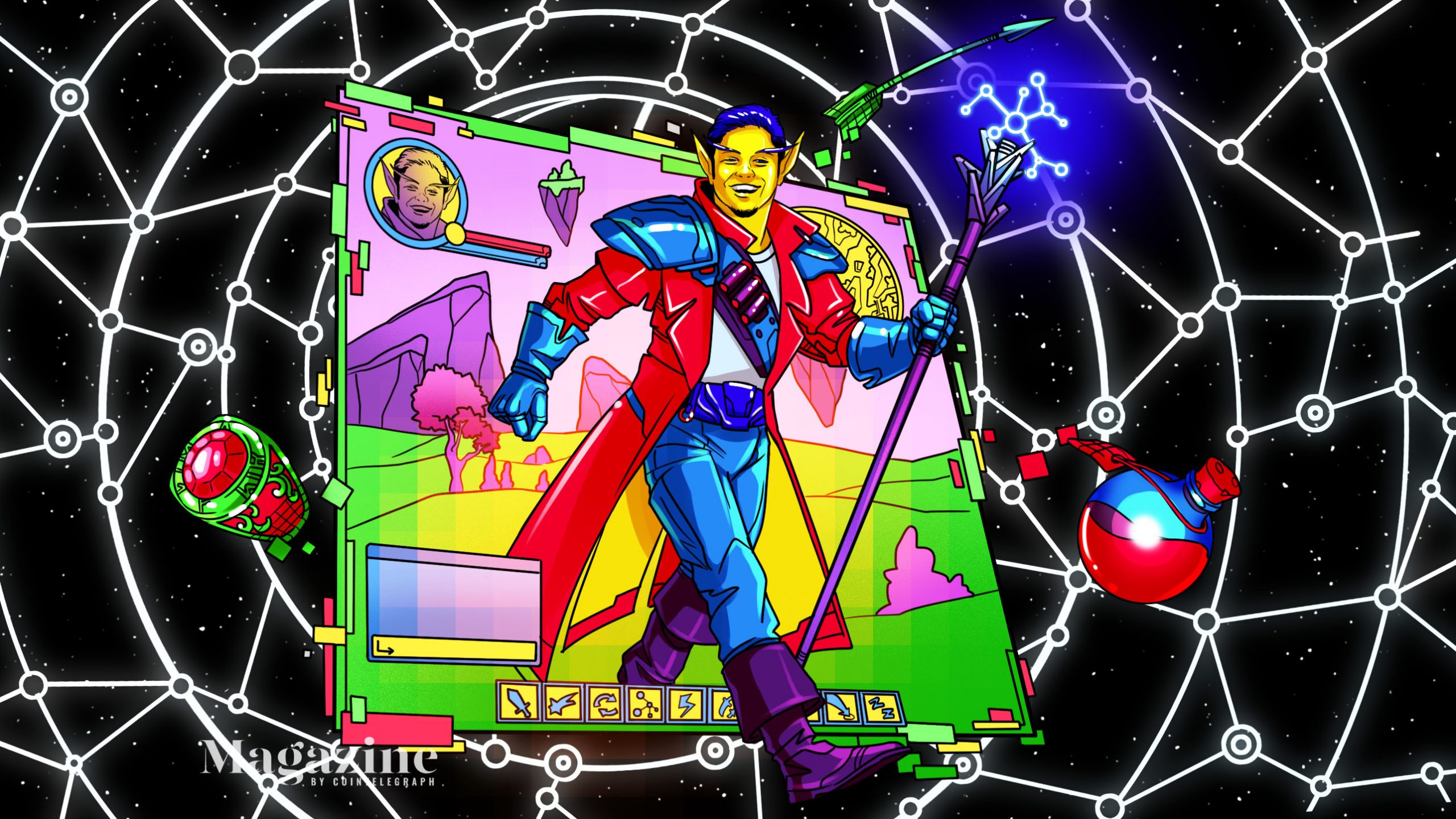 Altitude Games CEO Gabby Dizon thinks the science fiction-inspired virtual reality Metaverse is being created all around us at increasing speed. “The Metaverse means different online worlds that are interconnected upon some form of shared economy. Usually, this economy is based on a blockchain,” explains Dizon, who also heads Yield Guild Games.

While he thinks we’re still “in the very, very early stages” of building it, blockchain-based games like Axie Infinity and The Sandbox are already developing robust in-game economies. Dizon believes it will snowball from here, as ever-increasing automation is making it increasingly hard for people to find jobs and a place in society.

This is not entirely without precedent, as locals in hyperinflation-hit Venezuela have been mining virtual gold for profit in the game RuneScape to feed their families for many years already.

Dizon’s game design studio, Altitude Games, is based in Manila in the Philippines, where many Filipinos have managed to stay afloat through endless COVID-19 lockdowns by raising and selling NFT-creatures known as Axies. Though his game design firm started out with free-to-play games, he is now helping build the leisure economy through a play-to-earn gaming model.

He believes that reinventing gaming is the answer to some of the world’s problems. “Play-to-earn has the opportunity to level the inequality of wealth that is happening in the world right now,” he says, full of optimism. This model is especially relevant in developing countries where it has already become reality.

In 2020, he co-founded Yield Guild Games as a guild of investors buying up a portfolio of income-earning in-game NFTs in a swath of blockchain games.

Back in the day, gamers paid the purchase price just once for video games that provided endless gameplay, with levels unlocked by way of in-game progression. Then came pay-to-play, which required players to make small purchases to unlock levels or abilities by which to progress.

Free-to-play is another model that can be played for free, though benefits can usually be purchased. Often, such games have purchasable loot boxes containing random in-game goods. This has proven controversial, with European Union regulators calling them “problematic design features” and some countries like Belgium deeming them a form of gambling.

Play-to-earn is a somewhat radical concept that suggests that players actually earn money through the process of gameplay, usually by performing tasks to earn items of benefit to other players. An early example of play-to-earn is found on centralized multiplayer games like World of Warcraft and Runescape, where players can earn in-game gold that can then be sold to other players in exchange for fiat on exchanges like DMarket.

Dizon explains that “The problem with a lot of the gold farming in games like World of Warcraft and Runescape was that the gold operations were set up basically in sweatshops,” which caused the supply of in-game currency to rise. This led to in-game items getting more expensive, making gameplay more complicated. “These games themselves were not built for that kind of inflation, so value ended up being extracted from the game and harming the in-game economy overall,” he continued.

Gamers in the Philippines can earn three times the minimum wage by playing blockchain games. While computer games are a free or low-cost pastime for many around the world, especially considering the global lockdowns due to COVID-19, a growing number of people have realized there’s money to be made playing:

“They are gamers who are playing League of Legends six hours a day. Then they see on Facebook that some of their friends are getting rich playing this game, and they think, ‘Like, how is that possible?’ So, they pop into our Discord.”

Once inside the Yield Games Guild Discord channel, they soon learn the basics of how to get started. This includes setting up a Metamask wallet and security tips around never revealing their private keys or seed phrases. At present, Yield Games focuses on teaching newcomers how to earn money in Axie Infinity, a game where players buy, raise, trade and battle creatures called “Axies.” Since the game runs on Small Love Potion tokens, which can easily be traded on Uniswap and other DEXs, there is real money at play.

“You don’t need to be anyone special or highly educated to do it. You do have to be computer literate and have a mobile phone with internet and some gaming aptitude — and then you can start earning money,” Dizon explains.

A key to making play-to-earn a reality, according to Dizon, is to make the process easy to understand. Knowledge about blockchain technology is not required. “When I want to drive a car, or when I start a car, I don’t necessarily know how the combustion engine works,” he explains. “You shouldn’t really have to know how a distributed ledger works to use it in a gaming context.”

Dizon remembers being around computers since he was three years old. That first computer was a 1981 Commodore VIC-20, which his father — an engineer who would often travel to the United States on business — brought home to the Manila suburb where Dizon grew up. He became interested in games at the age of six, recalling that the Commodore “had a few games — it had Hangman, it had Chess, and one or two more.”

He attended Ateneo de Manila University, where he graduated with a Bachelor of Science in management information systems in 2000. “I wanted to make games, and it was tough when I graduated because there were no companies that were making games,” he recalls of the lack of gaming studios in the Philippines at the time. His first job was in PHP web development, but when he saw a job posting for game developers in Manila three years later, he couldn’t believe his eyes.

Dizon remembers going to visit the Anino Entertainment game studio after applying. “There were several people kind of sleeping on the couches and making what became the first game in the Philippines. I really loved the energy, and I’ve been in games ever since.”

In the 2000s, the IT industry in the Philippines was almost entirely based on outsourcing. Dizon had his own outsourcing business, FlipSide Games, where he oversaw Filipino designers working on behalf of overseas clients from 2005 to 2009. But this interaction sat uncomfortably with him, as he felt that his countrymen were getting the short end of the stick due to receiving no intellectual property rights. The rich countries were trading money for the fruits of Filipino creativity.

“The usual case was that someone in America or Europe or Japan would outsource their work to the Philippines where workers would get paid a fixed rate, but they would never really make their own intellectual property. I really got tired of that, so I closed down the business.”

In 2009, he joined Boomzap Entertainment, a small independent firm that was creating its own games in Manila. “They were making their own intellectual property, and that’s what I really wanted to do — to make my own IP,” Dizon remembers with pride.

Four years later in 2014, he grew restless and decided that it was time to work for himself again. “I knew that the next step was that I wanted to have my own company again, but creating my own IP this time,” he says. Dizon founded Altitude Games, a studio creating free-to-play games in Manila. Game titles include Dream Defense and Kung Fu Clicker, with the latter boasting over a million downloads.

His company had difficulty raising money because local investors did not understand the business model of creating IP locally. International investors were similarly wary of funding a game studio in the Philippines.

Fundraising was very hard, and it was very unusual for a startup from Southeast Asia to be able to raise money fast, he recalls. There was a sense that all of Southeast Asia was behind, always playing catch-up to more advanced countries.

Doing what others did a decade earlier did not appeal to Dizon. He wanted to be at the bleeding edge. That’s why the company got into blockchain.

“I felt like for the first time in my career, I was in front of a trend — learning about smart contracts at the same time as almost everybody else in the world. You could be one of the leading experts in the world in something and still be based in the Philippines.”

Last year, Dizon founded Yield Guild Games with the help of 2,500 investors from around the world. The company invests in yield-earning in-game NFTs within blockchain games, and there are plans to turn the venture into a decentralized autonomous organization.

“The guild owns the entities inside these games,” he says, referring to in-game elements that take the form of NFTs, such as in-game real estate. In addition to Axie Infinity and The Sandbox, some of the blockchain games the guild has invested in include F1 Delta Time, League of Kingdoms and Star Atlas.

“The nice thing about these blockchain games is that they are enabled with marketplaces from day one. We actually work in tandem with the developers so that we invest in the economy, and of course, our players take some proceeds of that.”

Dizon sees his work as that of an early pioneer laying out the roads for a coming megacity. He is also a collector of NFT art, which he displays in the Narra Gallery in Decentraland.

Updated my @CollectorshubA art gallery – too many new works to mention. View it here: https://t.co/dBUWMWdcW9 pic.twitter.com/xQJ5OI5AM4

“We bring in the manpower that’s required to populate it [the Metaverse]. We bring them from all over the world, and it gives you equal opportunity whether you’re from the Philippines or from Nigeria or from France,” he says, adding that the Metaverse does not discriminate based on things like skin color, age or location — roadblocks that Dizon himself has encountered.

“For me, it’s like we’re settling a new nation in the same way that America was being settled in the 1700s. We’re now settling a digital nation with people who are aiming for a home from around the world.”

Dizon is confident that the range of play-to-earn jobs will expand. “There’s a whole set of jobs that are available in the Metaverse, and it will look a lot less and less like just, you know, killing monsters and getting loot, and it will be more about the different things that are needed to make a town really be alive,” he predicts.

Dizon stresses that there is a need for all types of skill sets to help build these virtual worlds, including programmers, artists, fashion designers, storytellers and architects, to name a few.

He has one piece of advice for anyone of any age, from anywhere, who wants to join the revolution.

“Start by joining a community, and provide value to that community. […] As long as you’re providing value to a community in the Metaverse, you will find your own place in it.” 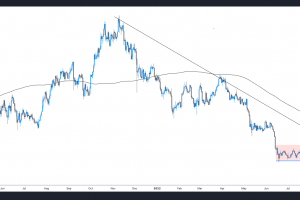 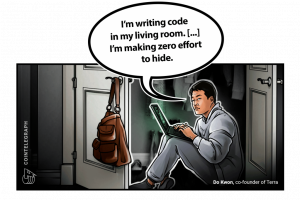 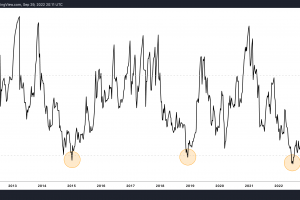