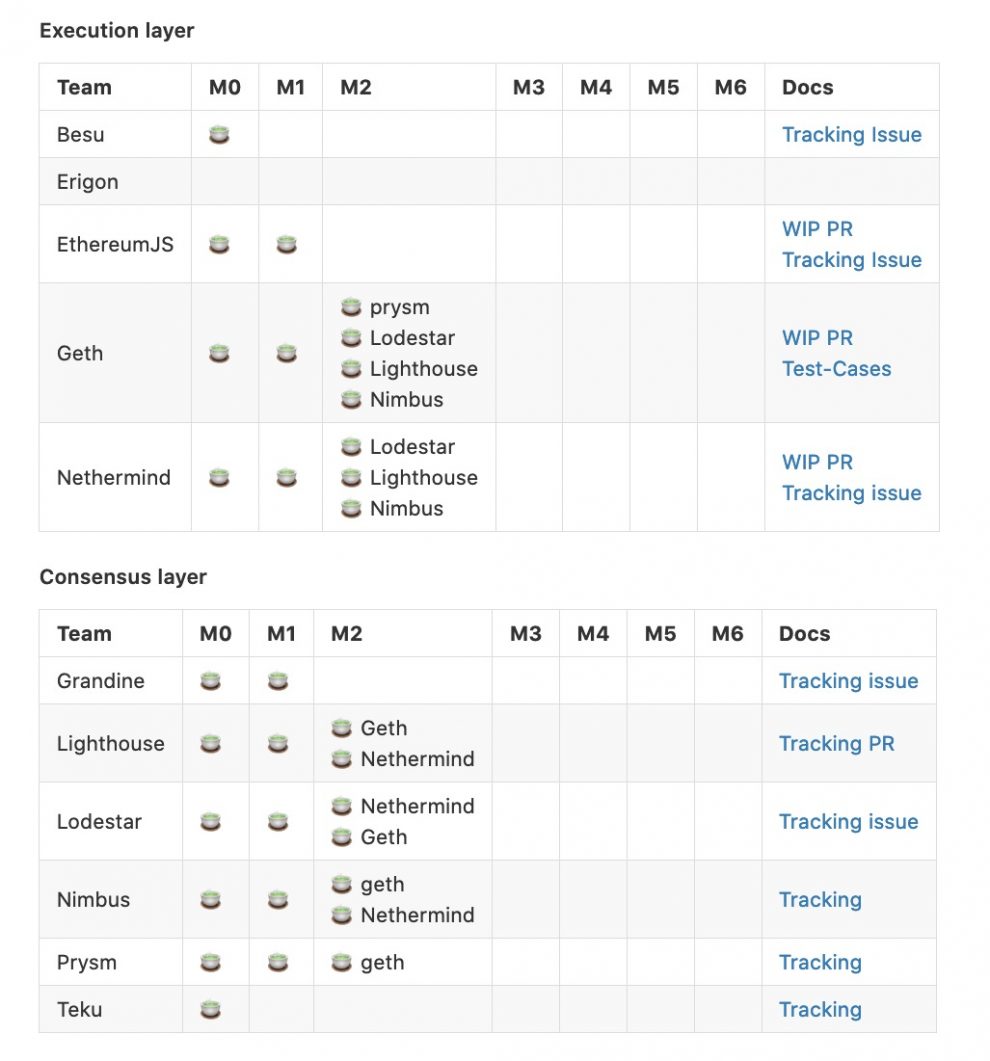 At the start of November, the Kintsugi🍵 month-long Merge sprint began! Kintsugi specs and milestones/plans were released, and now client teams are deep into the sprint with an aim to launch a persistent testnet in the first week of December.

Kintsugi specs incorporate all of the learnings and minor adjustments from the Amphora interop. The Kintsugi November sprint, then, is an effort to (1) incorporate the new changeset and (2) refine and productionize Merge implementations. Kintsugi will culminate in the launch of a persistent multi-client testnet to run through the December holidays and serve as the basis for Merge plans made in January.

Client teams are currently working through milestones – building out features, running tests, and doing initial interop experiments with other clients. Additionally, a Merge devnet is being launched each week this month – merge-devnet-0 is the latest. If you are interested in testing out Merge software, keep your eyes peeled for client releases and testnet instructions. We hope many in the community will engage with the Kintsugi testnet after it is launched in the first week of December.

After the launch of this testnet, the relevant EIPs and specs will move into a last call status in which teams and individuals put a final set of eyes on the changeset before it is frozen. After this, the public proof-of-work and clique testnets will undergo the Merge transition in the new year as we teams finalize testing and prepare for mainnet launch.

Although Finalized deals primarily with the consensus-layer of Ethereum, the upcoming (minor) upgrade to the current proof-of-work chain is critical for users running validators. On approximately December 8, 2021, Arrow Glacier will defuse the difficulty bomb, pushing it back several months. See the Arrow Glacier Announcement for more details on the upgrade and the associated client releases.

If you run validators, please upgrade your “eth1 endpoint” (PoW node) before Wednesday, December 5, 2021 to account for the variable block times. This is targeted to be the last difficulty bomb before the Merge 🚀