Since transitioning into the Ecosystem Support Program from EF Grants, we’ve talked about defining “support” more comprehensively, thinking beyond simple grant funding. But what does a more comprehensive definition of support actually mean?

In practice, it means something different for every project, and it starts with a conversation. ESP was conceived to make a wide range of EF’s resources more accessible to the community, which starts with making our process accessible to anyone who might need support. We take the time to think critically about every inquiry, understand the project and explore ways we might be able to help. Of course we can’t fund every project, but often we can do something, even if it’s recommending additional resources to investigate such as incubators or other funding sources.

The whole point of this shift in thinking is to make the process more flexible and responsive to individual needs – which is a good thing! At the same time, the outcomes of this personalized process can be difficult to quantify or put into lists the way we can with traditional grants; so we thought we’d show rather than tell. We rounded up a few examples of projects (and the awesome people behind them!) that have come through ESP’s inquiry process, received different kinds of support, and made a little bit go a very long way.

The idea for Archive Node was born as a tweet. The hardware to run an archive node, or the monthly fees to access archive data through an API, can be prohibitively expensive for small projects with little or no funding. Hunter and Chase, aka DeFi Dude and MysticRyuujin respectively, are long-time Ethereum contributors with a keen understanding of the challenges that developers can face in getting affordable access to needed resources; so they set out to find a way to provide access to archive node data for developers who need it.

The team needed a place to host the first node, so we provided AWS credit to get a node up and running. This will give them a good runway; but as DeFi Dude wrote in the announcement blog post, once the project is more established, the hope is to eventually move toward the more sustainable and decentralized approach of running nodes off hardware rather than cloud services. Since [unveiling] the project in late June, the team has set up additional nodes (with help from community member Dan Matthews of PieDAO, and started to accept applications for access, growing a community of developers who are able to access needed data without incurring the considerable cost of setting up their own node.

Although access is currently free, in the long term the team hopes this can be a community-funded project, with developers who need the service paying a small fraction of what it would cost them to run an archive node themselves. In the meantime we’re thrilled to be able to help provide this valuable resource as the community around it grows!

SaveDAI started as a hackathon project, but the team had bigger plans for it: they’ve continued to build with the long term goal of making it easy to create self-insured versions of decentralized assets, allowing users to better protect savings kept in decentralized assets. SaveDAI passes DAI through Compound and automatically purchases insurance via Opyn Protocol to create insured, interest-bearing, dollar-pegged ERC20 tokens that can be transferred, bought, sold, and integrated into other protocols. The saveDAI team are building this architecture into a front-end platform, but the contract has been open sourced so that anyone can use, adapt, integrate or contribute to the code.

The team’s most immediate concern was making sure that their code was secure and stable in order to minimize risk to users’ funds. We were able to connect them with a technical expert for a code review, and they used the comprehensive feedback they received to refine their launch strategy and continue development with greater confidence. They’re preparing to launch a public alpha and are looking forward to getting feedback from early users!

Joe Wesley is new to Ethereum and tech in general, a former NFL player turned motivational speaker – not necessarily what people think of as the typical ESP inquirer. But the truth is we love getting to know new people, and Joe is exactly the type of builder we want to hear from: creative, motivated, an avid learner and inspired by the potential of distributed technology. He came to us with a plan to build a platform on Ethereum that would address a problem that he’s directly experienced as a college and professional athlete from a low income background: college athletes get little benefit from the ways in which their brand, image and likeness are used by others for profit. Joe wanted to help athletes build relationships with advertisers where they would have more control over their brand, data and finances – enabling them to, in Joe’s words, “earn today and tomorrow off their brand and their fame.”

Joe’s biggest initial hurdle was simply getting to know Ethereum, its community and technology. We provided some initial feedback on his idea and he was back two weeks later with a draft of his whitepaper. We knew that dedication and enthusiasm, as well as his unique perspective, could only add value to the ecosystem; so we sent him to ETHDenver for a crash course in everything Ethereum. There, he lived Eth life to the fullest: networking, attending talks, learning the landscape, meeting Bufficorn and winning the Exploration Track sponsored by CryptoChicks.

Since ETHDenver Joe has kept in touch with contacts he made at ETHDenver as well as continued to consult with members of the EF and other experts as he works to build a prototype that he can share with potential customers and investors. So far Joe has been a one-man team, but is now looking to scale up by hiring a CTO who can help take Collegiate B.I.L.U.S. (Brand, Image and Likeness US) to testnet and beyond.

Get in touch or find out more about Collegiate B.I.L.U.S. on Instagram @collegiatebilus!

EPNS was just an idea when we first met Harsh Rajat. He saw a need for push notification capabilities within Ethereum, both for public service announcements to Ethereum users and for dapp builders that wanted a new way to engage customers. We saw a driven, innovative builder who was deeply committed to Ethereum’s growth and success.

Harsh didn’t need much more than encouragement and feedback to help refine the concept and talk through next steps. He took his idea to HackMoney, where Richa Joshi joined the team. Together, they developed the core concept of EPNS into a many-layered and ever-evolving architecture in which critical information can be broadcast to Ethereum’s users; dapp builders can target users they know want to hear from them; and dapp users can both choose their level of engagement, and be rewarded for opting in to a higher level of engagement with their favorite dapps.

Since HackMoney, Richa and Harsh have directed incredible energy toward building EPNS into what they call “a missing piece of web3.” They’ve launched, offering early access and an alpha dapp; been accepted to Gitcoin’s KERNEL Fellowship; and are now growing their team and developing a business model that will allow them to build a self-sustaining platform without compromising their commitment to keep users’ interests at the forefront.

We love the many builders we work with for their commitment to finding the best way forward even when it isn’t the simplest or most obvious. Although funding is often the easiest thing to ask for, it isn’t necessarily the ideal solution: a grant won’t get a project where it needs to go if we don’t dig deeper to find the real core of the challenges the project faces.

Just because a project isn’t funded through an ESP grant doesn’t mean we aren’t willing and able to provide meaningful and sometimes material support. That said, we can’t offer support to every team that approaches us, as much as we would like to! And just like grants, recipients of other types of support we offer only reap the benefits by taking responsibility for their own success and putting in a lot of hard work.

All of the teams featured in this post are building toward very different goals, but they have one thing in common: they came with the openness and insight to work with us on finding the best intersection of their needs and our capabilities.

We have been lucky to get to know all of these remarkable builders and are so proud of the hard work that they’ve put in. We can’t wait to see what they do next! 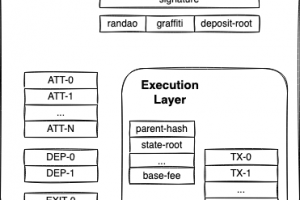 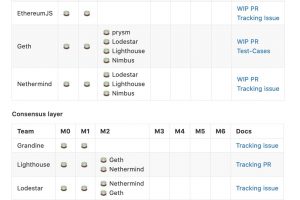