For many investors crypto trading remains a rags-to-riches affair where inexperienced investors hope to strike it rich by buying the cheapest priced altcoins like many novice traders did in 2017.

Currently, the majority of traders do not expect Bitcoin (BTC) to pump 50% or more in a single week as $18,400 seems rather infeasible. On the other hand, many of these same investors are willing to put their hard-earned funds behind a lower cap, cheaper altcoins with the hopes that buying cheaper cryptocurrencies will lead to a higher return.

A quick review of CoinMarketCap’s index shows that 39 coins out of the top 60 were priced below $3 on July 12. Despite this, investors looking to make a quick return from the cheapest coins should think about the odds of picking winners.

As previous years have shown, altcoins can gain relevance even when cryptocurrency markets remain reasonably stable by increasing their market share. These periods are commonly known as an altcoin season, and they can span from a few days to a couple of months.

There isn’t a clear definition of an altcoin season, although it typically involves a significant drop in Bitcoin dominance. A mere 3% reduction on the Bitcoin dominance chart entices $8 billion in valuation, shifting to the alternative cryptocurrencies’ $100 billion market cap.

By analyzing 15-day periods over the past year, one can find those moments of altcoin euphoria, which tend to happen either on bullish or neutral cryptocurrency trends.

These four occasions leave a clear mark and the recent 2.2% drop to the current 63.8% dominance on July 11 came out close. Listed below are the highest BTC dominance drops in 15-day periods.

The above chart shows four recent occasions when altcoins gained ground against Bitcoin’s market capitalization. If the myth of the low-priced coins having a higher potential holds, one should see those outperforming the remaining altcoins during each of these altseasons.

One should note that the outstanding number of coins mostly sets a cryptocurrency’s unitary price. Founders can arbitrarily decide between thousands and billions of potential coins in circulation, thereby impacting its unitary price.

2020 started strong for Bitcoin, moving to $9,330 level after a 30% run in January. The beginning of February was no different, and altcoins continued to rally until Bitcoin peaked near the $10,400 level. BTC dominance reached its lowest level in seven months, marking a massive altcoin rally. 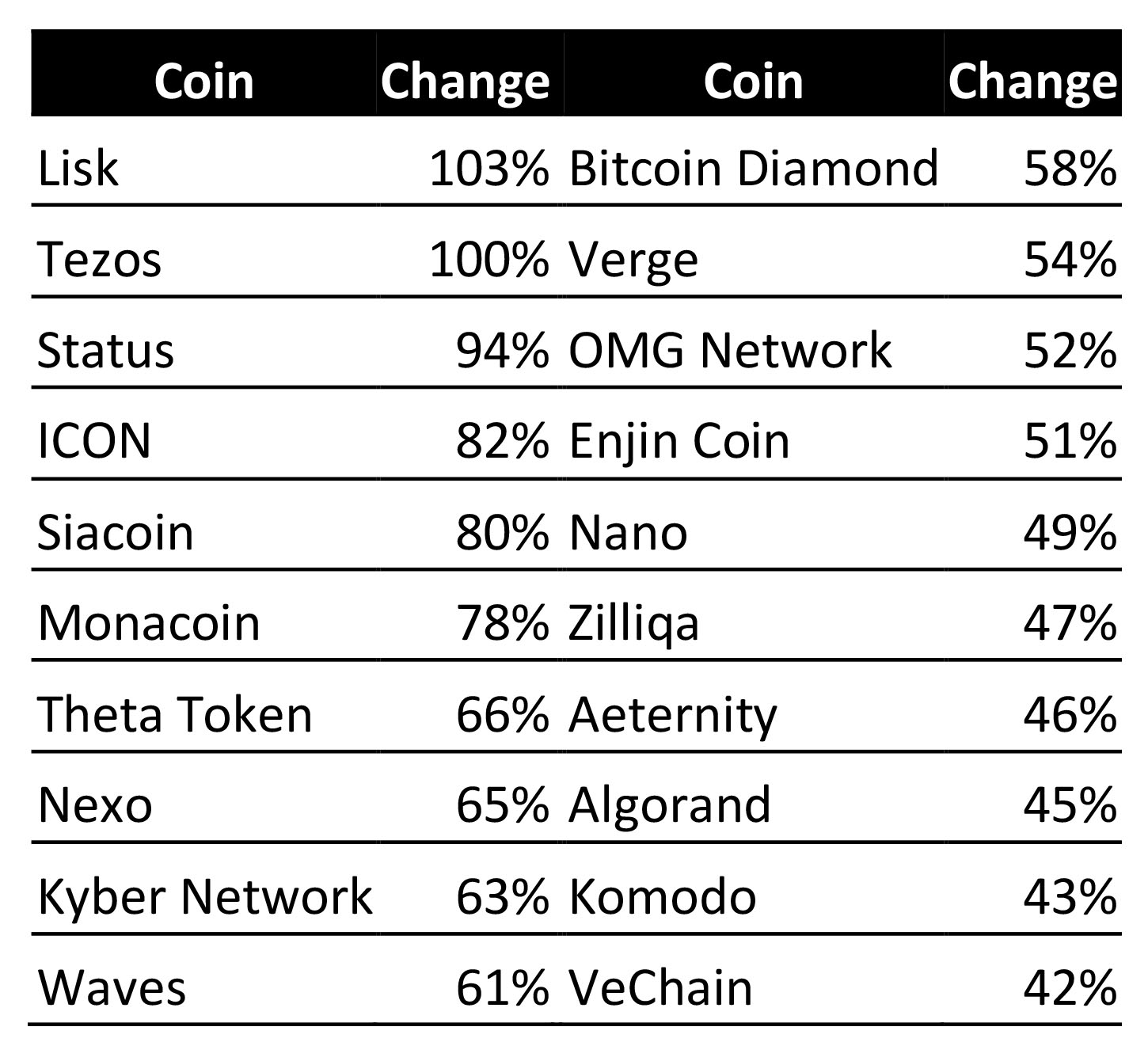 26 of the 38 cryptocurrencies priced below $3 among the top 60 managed to outperform the 35.2% increase in altcoins market capitalization. That’s a considerable 68% hit ratio favoring those low-priced coins.

On the other hand, 16% finished the period 10% or more behind—still, a somewhat positive outcome for those betting on cheap cryptocurrencies.

The chart above depicts the exact periods of altcoin exuberance, visualized by its market capitalization. The early February $109.4 billion peak clearly stands out, marking the highest level since July 2019.

In early September 2019, Bitcoin was holding relatively steady at the $10,300 level, recovering from a sub-10K dump. For some reason investors decided to increase their exposure in altcoins, causing BTC dominance to drop 3.5%.

This could have been a technical adjustment as BTC dominance had increased to 73%, reaching its highest level since July 2017. Either way, investors signaled that they were more interested in altcoins at that moment, causing a 14.4% rally over the 15 day day period. 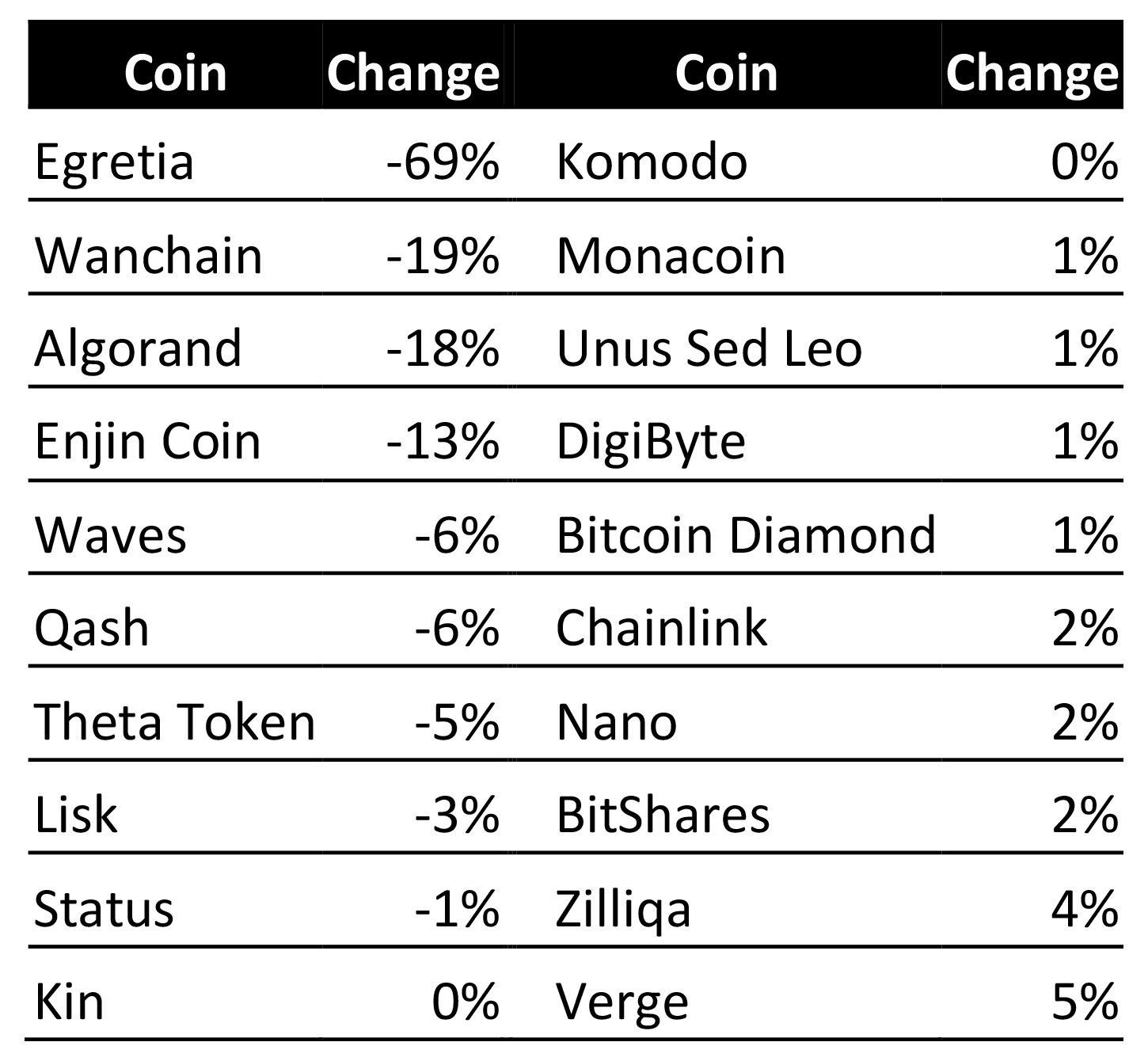 Only 10 out of 42 managed to outpace altcoin market gains, while half managed to end the period 10% or more behind. One should note that Ether (ETH) managed to rise 25%, EOS rose 23%, and Dash (DASH) gained 21% during that same period. This time around, the low-priced coins strategy did not pan out.

Altcoins were already moving strongly alongside the broader market and they pushed even further over the next week. The altcoin market cap hiked 24.7% in those 15 days, reaching $77.6 billion. 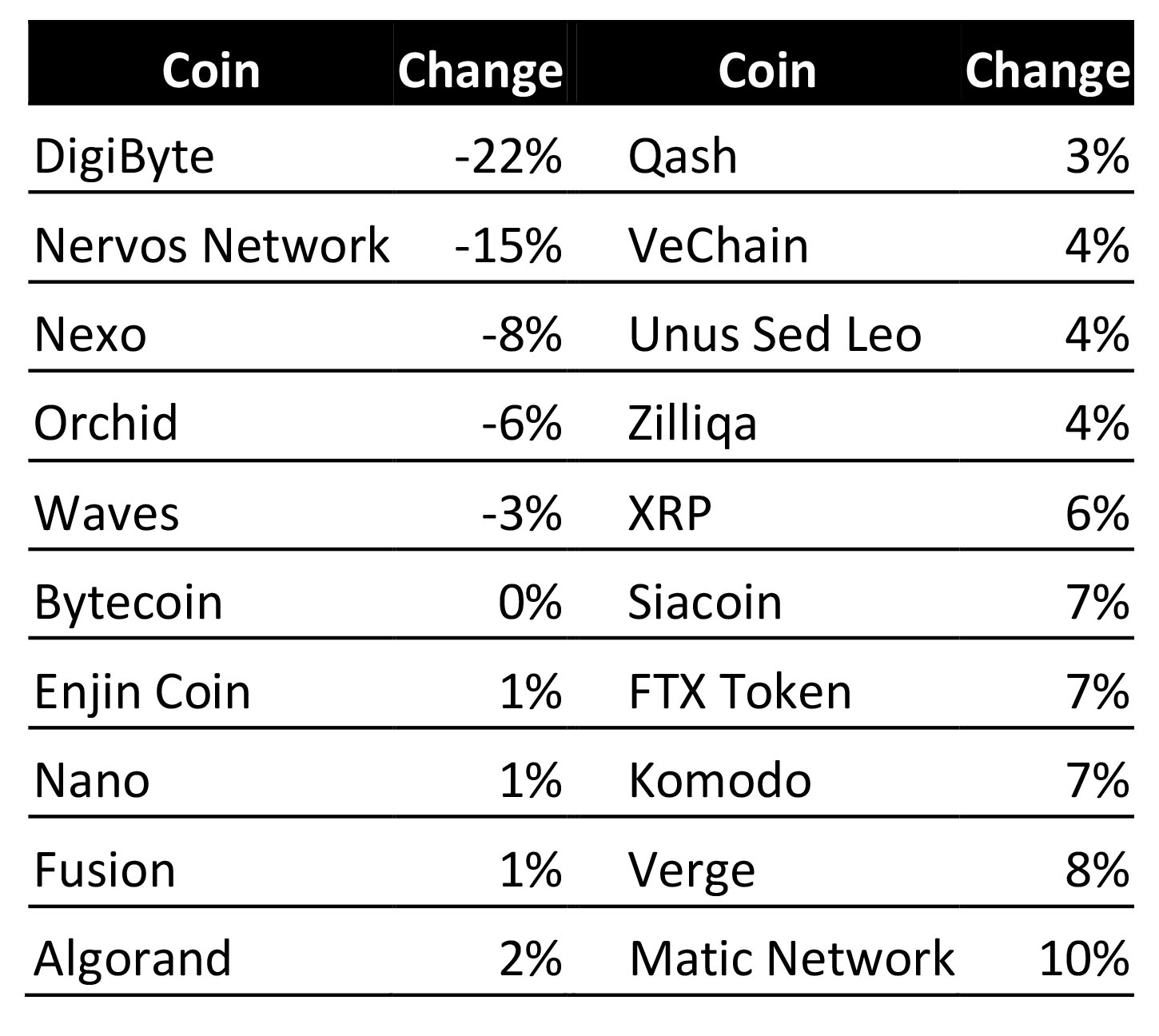 Only 6 out of the 41 coins priced below $3 outperformed the broader altcoin market, a rather impressive 83% failure. 27 of those cheap cryptocurrencies finished the period lagging 10% or more.

March 12 will forever be remembered for Bitcoin’s 50% price crash in eight hours. Despite the partial recovery after the next few weeks, Bitcoin struggled to break the $7,000 level.

Investors moved their attention to altcoins, whose market capitalization rallied an impressive 23.4% to $71.6 billion. 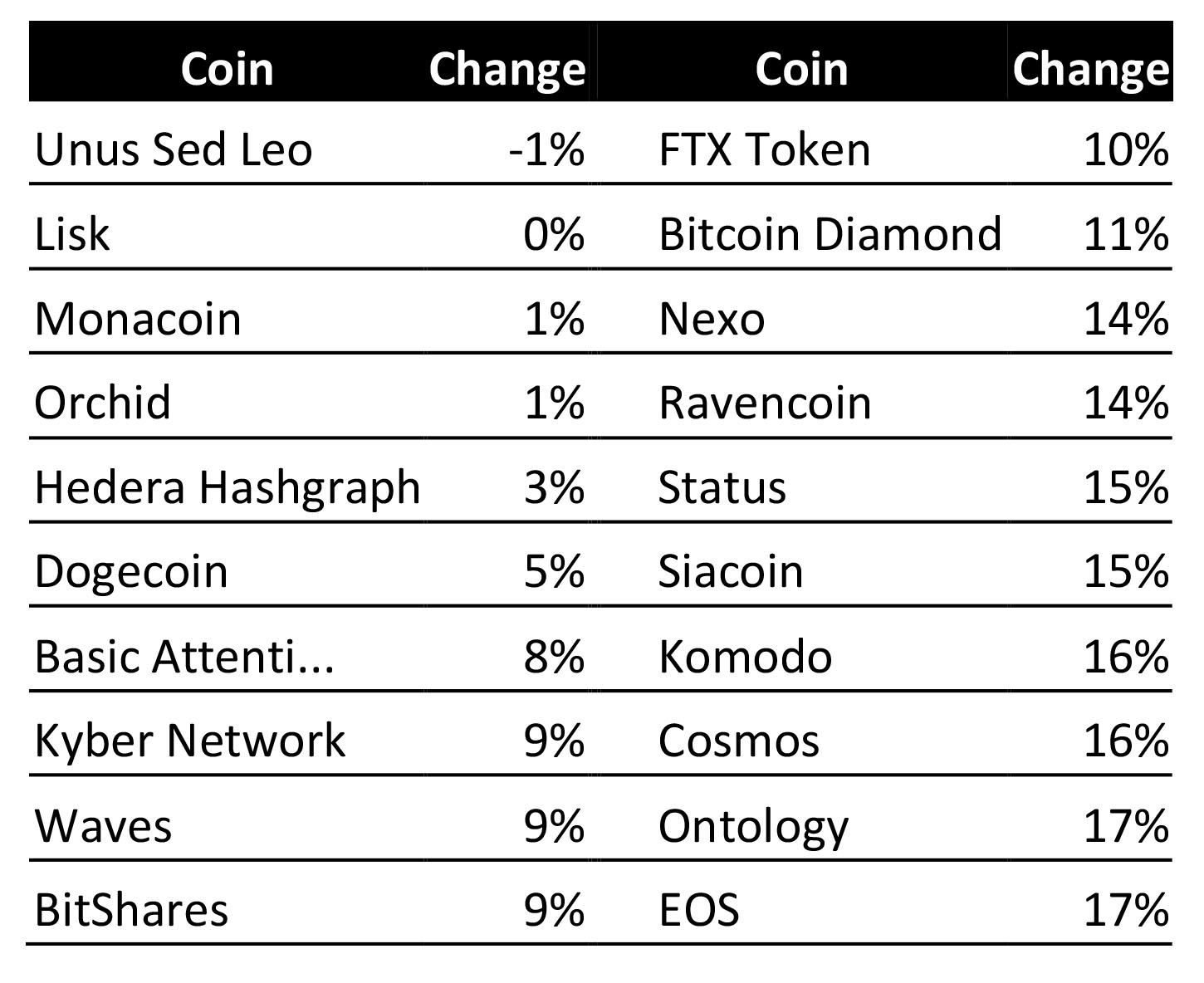 Only 7 out of the 41 low priced coins managed to outperform broader altcoin market capitalization gain. On the other hand, 14 of them finished this period 10% or more behind.

Buying the cheapest coins theory fails to hold up

Over the past four periods of altcoins surges against Bitcoin’s price, the three cheapest coins managed to outperform in only one case. On average, 69% of those sub-$3 cryptocurrencies performed worse than the broader altcoin market.

On average, 40% of the low-priced coins managed to finish those 15-day periods 10% or more behind altcoin market capitalization gains. Therefore, it’s safe to say that buying the lower-priced cryptocurrencies are not the best option for an investor to choose during an altcoin rally.

Although it is possible to find strategies to optimize returns using cheap altcoins during altcoin seasons, this arbitrary indicator alone does not produce higher returns than the broader altcoin market.