Three reasons why Bitcoin suddenly dipped under $10K — and recovered

It’s been a bad end to an already trying week for Bitcoin. At one point, prices fell below $10,000 across major exchanges.

Overall, the world’s biggest cryptocurrency has seen its value fall by 11.7% in recent days. Most of these losses came on Thursday when a sudden drop of 7% in less than two hours wiped out $99 million worth of longs.

This coincided with sell-offs on the U.S. stock market, and it doesn’t help that the dollar has been rallying recently either. Sentiment was mixed after the plunge, with eToro analyst Simon Peters warning Bitcoin “may still have a long way to fall.”

Exactly 91 years after the Wall Street Crash of 1929, the Crypto Fear and Greed Index showed a seismic change in investor sentiment — changing from “greed” to “fear” within hours.

The FBI has executed a search warrant against a 16-year-old from Massachusetts in connection with the unprecedented breach, which compromised high-profile accounts belonging to celebrities, millionaires and presidential candidates.

Detectives have raided the teenage boy’s home amid allegations that he may have played “an equal, if not more significant role” in the hack.

It’s claimed that he may have posed as a Twitter employee or contractor to fool legitimate ones into entering their login credentials on fake websites where he could capture them.

Three others have been charged in connection with the attack — a 17-year-old and 22-year-old from Florida, and a 19-year-old from the United Kingdom.

Bank of England governor dismisses Bitcoin as a means of payment

Binance may be advertising Bitcoin at bus stops in London, but make no mistake: The Bank of England’s governor is not a fan of the cryptocurrency.

Andrew Bailey — a known crypto skeptic — has said crypto assets are “unsuited to the world of payments” as Bitcoin has “no connection at all to money.”

There was some reason to be optimistic, though. Bailey said stablecoins could offer some “useful benefits” by reducing friction in payments — as long as they operate to the same standards as fiat-based alternatives already in the market.

Also this week, it emerged that the market cap of stablecoins has been increasing by $100 million a day consistently since mid-July. The rise of DeFi protocols and demand for tokens in liquidity pools will no doubt have contributed to this.

In an interview he gave during the middle of the crypto boom in 2017, Bailey had warned: “If you want to invest in Bitcoin, be prepared to lose all your money.”

If you want to get an idea about how small crypto’s market cap is, just take a look at Apple’s.

The iPhone giant now has a valuation of $2.1 trillion — six times more than all cryptocurrencies put together at $327 billion.

All of this suggests that the crypto sector has much more room for growth in the future.

Perhaps Bitcoin needs a comeback like Apple had. It’s weird to think that Apple was on the verge of bankruptcy in the 1990s, so much so that it needed a cash injection from Microsoft. In 2001, the iPod and iTunes were born… and the rest is history.

One of the world’s biggest pornography sites now accepts Bitcoin and Litecoin as a payment method for premium services.

The company is a year older than Bitcoin and was founded in Montreal 13 years ago. Currently, it’s the ninth-most popular website in the world.

“In the post-Halving bull cycles, bitcoin can often correct 25% (even 40% + in 2017), throwing off the short-term traders (or giving swing traders a shot at the short side). Each of those was a buying opportunity. DCA opportunity ahead?”

“A lot of panic selling yesterday from HODLers who were quite successful in buying tops. Their strategy seems to be – buy high sell low.”

“In a battle of the bulls, we see greater potential endurance favoring #gold over the #Nasdaq.”

“Cryptocurrency is no longer the niche interest that it once was, but neither is it completely mainstream — it’s somewhere in the middle.”

We love this prediction because of how there’s so much margin for error — and little chance of being proven wrong.

Bloomberg analyst Mike McGlone has said Bitcoin could either be heading to the dizzying heights of $500,000, or it will fail.

In his view, Bitcoin is set to become digital gold — helped by how it has limited supply and increasing demand. McGlone has also drawn repeated comparisons to the bull run of 2017.

Crypto evangelists, including Anthony Pompliano and Tyler Winklevoss, have adamantly predicted that BTC will one day achieve parity with gold’s market cap of $9 trillion. Dividing that number by Bitcoin’s maximum supply of 21 million gets you a price of $428,571 per coin.

A new report has revealed how the Lazarus Group, a well-known hacking gang sponsored by the North Korean regime, launders its ill-gotten gains.

According to BAE Symptoms and SWIFT, Lazarus typically steals the crypto funds from an exchange and then starts to pass transactions through multiple exchanges, using something called a “layering technique.”

Facilitators from East Asia receive a portion of the proceeds for helping to launder the funds, and they’re tasked with transferring crypto across numerous addresses to “obfuscate the origin of the funds.”

The report, called “Follow The Money,” added: “Other stolen funds might be transferred in Bitcoin into prepaid gift cards, which can be used at other exchanges to purchase additional Bitcoin.”

The study noted that money laundering cases via crypto are still relatively small compared with the huge volumes of cash laundered through wire transfers.

An anti-crypto activist has used his influence as a senior Wikipedia editor to remove a blockchain-related entry about the Australian firm Power Ledger.

This isn’t the first time that David Gerard has done this. He appeared to boast about his latest victory in a blog posting, in which he claimed the deletion was “on the basis of being a pile of press release churnalism, and the only genuine press coverage was about how Power Ledger was a scam.”

Lobbying for the deletion, Gerard also took aim at the sources in the Power Ledger Wikipedia entry. He called CoinRivet a “bottom-of-the-barrel Bitcoin blog,” and also dismissed articles from India’s Economic Times and TechCrunch as “churnalism.” That phrase refers to news outlets who report on press releases without much, if any, investigation of their own.

It is worth noting that TechCrunch has 16 million readers, while The Economic Times is one of the world’s most-read English language business newspapers.

Not again. Hackers have once again taken over a high-profile Twitter account and posted messages asking followers to make crypto donations.

Who was the victim this time? Indian Prime Minister Narendra Modi.

This isn’t a good look for the crypto sector, not least because India is actively exploring ways to ban cryptocurrency.

Several tweets were posted from Modi’s account to his 2.5 million followers on Wednesday. One of them said: “Now India begin with crypto currency. Kindly Donate Bitcoin.”

Blockchain data shows no funds were sent to the addresses listed in the tweets — and the group, or person, responsible for the hack went under the name “John Wick.”

Is Ethereum left and Bitcoin right?

Does the battle between conservative Bitcoiners and progressive Ethereans mirror our divided political culture? Andrew Fenton takes a look.

Andrew Singer looks at the tech standoff that’s heating up between the U.S. and China, as some warn Washington’s reluctance to launch a CBDC could have dire consequences.

The United States Securities and Exchange Commission has made changes to its definition of who qualifies as an “accredited investor.” Osato Avan-Nomayo looks at what this could mean for crypto token sales. 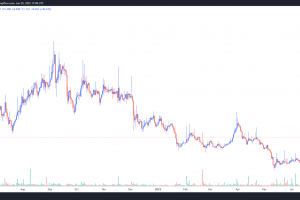 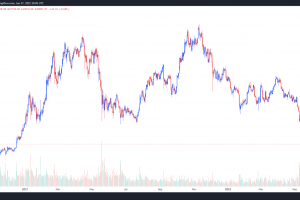 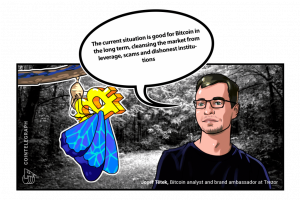