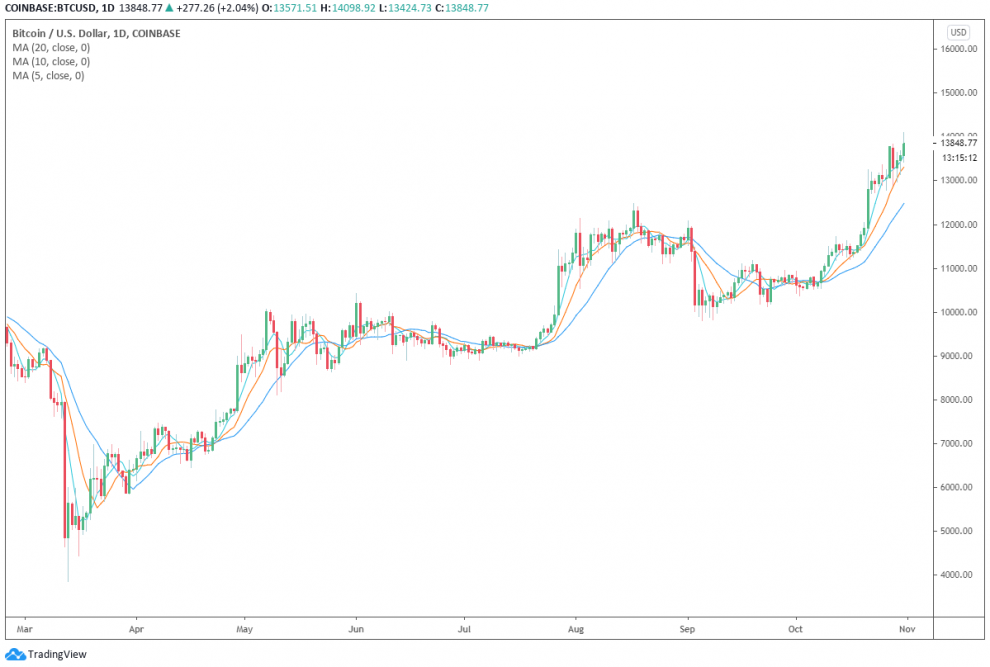 The price of Bitcoin (BTC) surpassed $14,000 on Oct. 31, the day Satoshi Nakamoto released the Bitcoin whitepaper in 2008. Since then, the world’s biggest cryptocurrency has seen remarkable and exponential growth across various areas.

Fast forward 12 years, since the October 31, 2008 release of the whitepaper, Bitcoin is in a different growth trajectory. An institutional craze is leading the BTC rally, major financial institutions are supporting crypto assets, and the market has become increasingly liquid.

The 12-year anniversary of the Bitcoin whitepaper is particularly special for Bitcoin because it marks the third post-halving cycle.

Every four years, Bitcoin undergoes a block reward halving, which cuts the rate at which new BTC is mined by half. This happens because 21 million BTC can ever exist on the blockchain. As BTC approaches its fixed supply, the rate of production gets slowed.

A halving historically has had a positive impact on the price of Bitcoin. It reduces the pace a new BTC supply is introduced to the market. Consequently, every four years, there is less BTC flowing into the exchange market.

The 4th, 8th, and the 12th anniversary of Bitcoin are more noteworthy than other anniversaries for this reason. It coincides with a post-halving cycle, as the latest halving occurred in May 2020.

Across major exchanges, the price of Bitcoin reached a peak of $14,100 and saw an immediate rejection on Saturday, Oct. 31. Most of the selling pressure came from Binance, which caused the price to quickly fall by 3% within minutes.

Prior to the rejection, massive buy walls on Huobi and Binance initially pushed BTC upwards. There was a 1,371 BTC buy wall on Binance at $13,680 and another big buy wall at over $13,800 on Huobi.

A pseudonymous Bitcoin trader known as “CL” said it was the “biggest buy wall on Huobi I’ve seen in a long time.”

But as BTC surpassed $14,000, traders on Binance began to sell large amounts of BTC in a short period. Prior to BTC’s upsurge to $14,100, tech investor and Cointelegraph Markets contributor, Keith Wareing, wrote:

“Sadly, Bitcoin will rejected at $14k and go back below the 2019 high thanks to binance whales.”

When the price of Bitcoin surges rapidly and violently rejects, traders describe the pattern as a “darth maul candle.”

After such a large spike in volatility, Bitcoin tends to stabilize and consolidate. Considering that $14,000 is a crucial resistance level, BTC would likely consolidate under $14,000 and continuously attempt to break out.

CryptoQuant, the on-chain market data provider, has been pinpointing that Bitcoin exchange deposits have been declining. That typically indicates declining selling pressure, particularly among retail investors and whales.

According to Ki Young Ju, the CEO of CryptoQuant said the trend is considered a “long-term buy signal.” The lack of intent to sell from investors on exchange indicates that a prolonged uptrend has become more likely.

An optimistic market sentiment supplemented with strong fundamentals and various positive technical factors is only fitting on Bitcoin’s 12th anniversary. 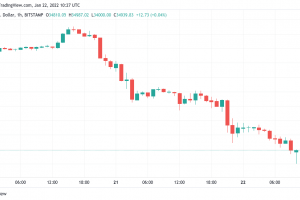