Bitcoin (BTC) spiked to $11,600 on Aug. 27 as the United States Federal Reserve committed to maintaining an average of 2% inflation.

Data from Coin360 and Cointelegraph Markets showed BTC/USD jumping several hundred dollars on Thursday as Fed Chair Jerome Powell delivered a speech on the state of the economy.

Powell: inflation can go “moderately above 2%”

Markets had been waiting for signs about inflation retargeting, with rumors previously suggesting that the Fed would allow rates to go as high as 4%.

In the event, Powell confirmed that inflation would be permitted to head higher than the Fed’s 2% target, but only temporarily.

“Following periods when inflation has been running below 2 percent, appropriate monetary policy will likely aim to achieve inflation moderately above 2 percent for some time,” Powell summarized.

“In seeking to achieve inflation that averages 2 percent over time, we are not tying ourselves to a particular mathematical formula that defines the average.”

At press time following his remarks, BTC/USD was lower at around $11,390, up 0.7% on the day amid heightened volatility.

As Cointelegraph reported, expectations were already high that any inflation overshoots would boost safe-haven assets and weigh on the U.S. dollar. 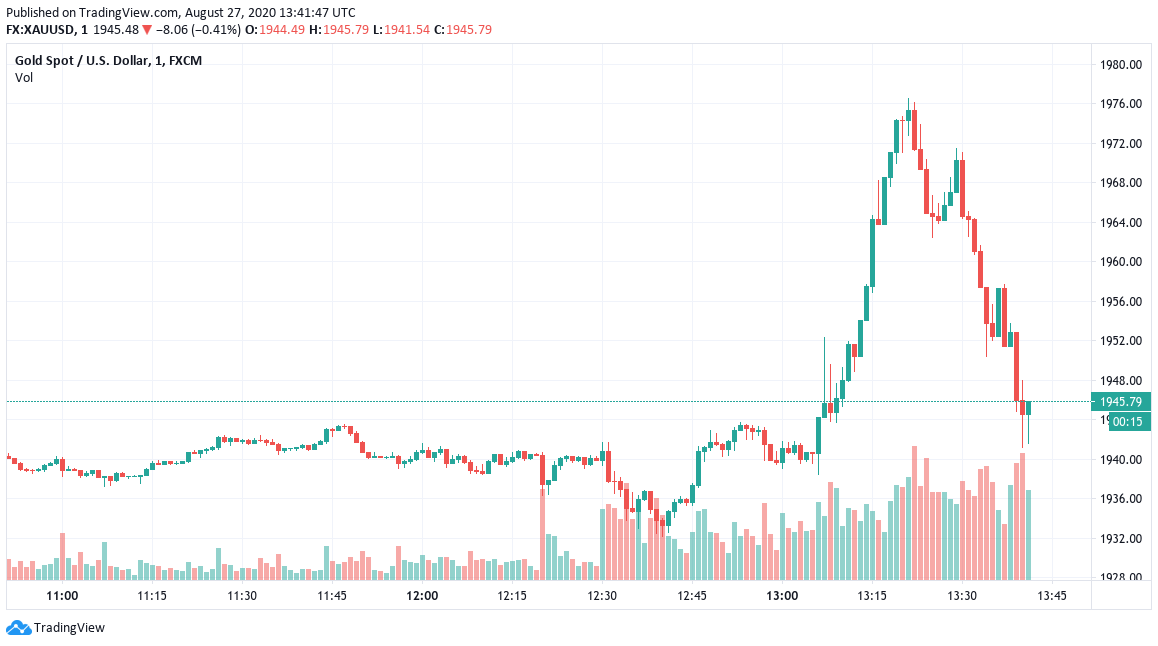 At the same time, the USD currency index, which had dipped to two-year lows in recent weeks, fell further as the speech began, subsequently rebounding to roughly where it had lingered on Wednesday. 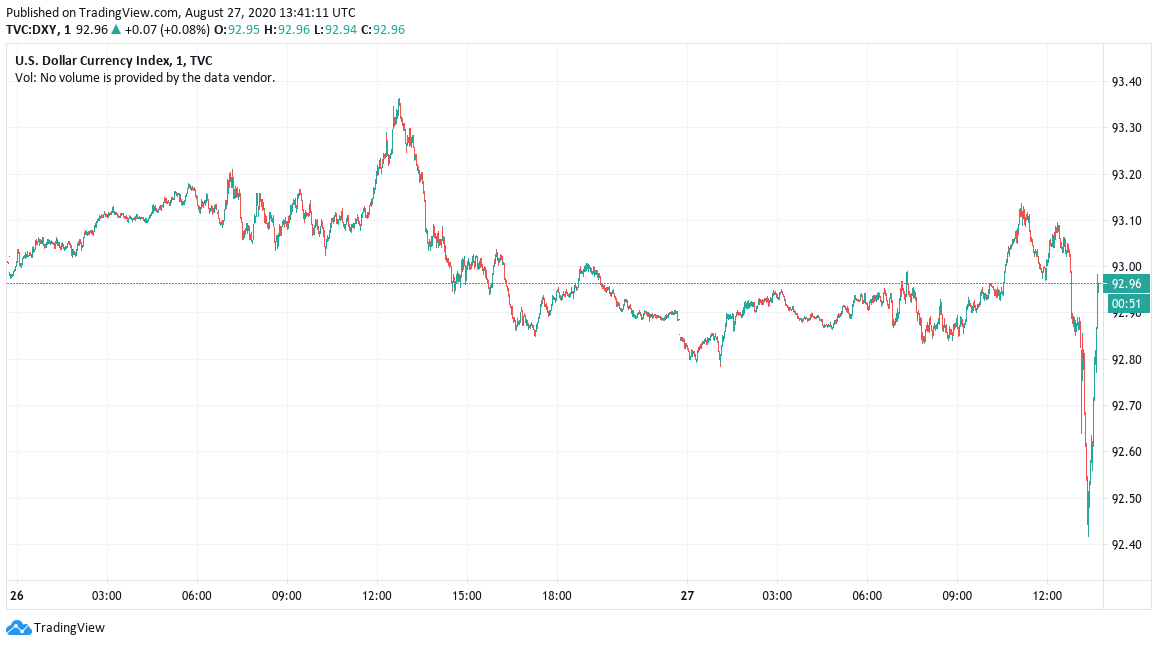 “In conducting monetary policy, we will remain highly focused on fostering as strong a labor market as possible for the benefit of all Americans,” Powell concluded.

“And we will steadfastly seek to achieve a 2 percent inflation rate over time.”