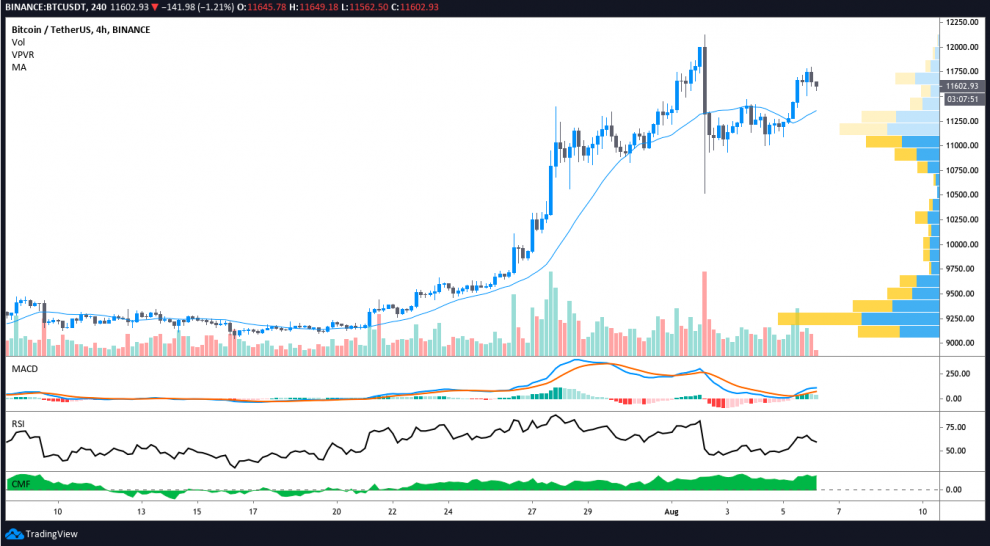 Despite a pullback to lower support, Wednesday’s 6.29% push through the $11,100 to $11,250 zone was much needed, as the price had lingered below this level for about three days.

As the 4-hour chart shows, once above $11,450, traders were able to slice through the $150 gap on the volume profile visible range and pursue the completion of a W-bottom reversal pattern; however, failure to pierce $11,800 prevented this.

As reported by Cointelegraph earlier this week, the Aug. 2 flash crash that saw the Bitcoin price drop $1,500 in minutes and liquidate $1 billion did little to shake the bullish resolve of professional traders.

“The large percentage of headlines and traditional investors looking for higher yielding assets has led to a larger shift into crypto. As a result, open interest in futures listed on major exchanges reached a new lifetime high of $5.6 billion on August 1, surpassing the previous record of $5.36 billion in February.