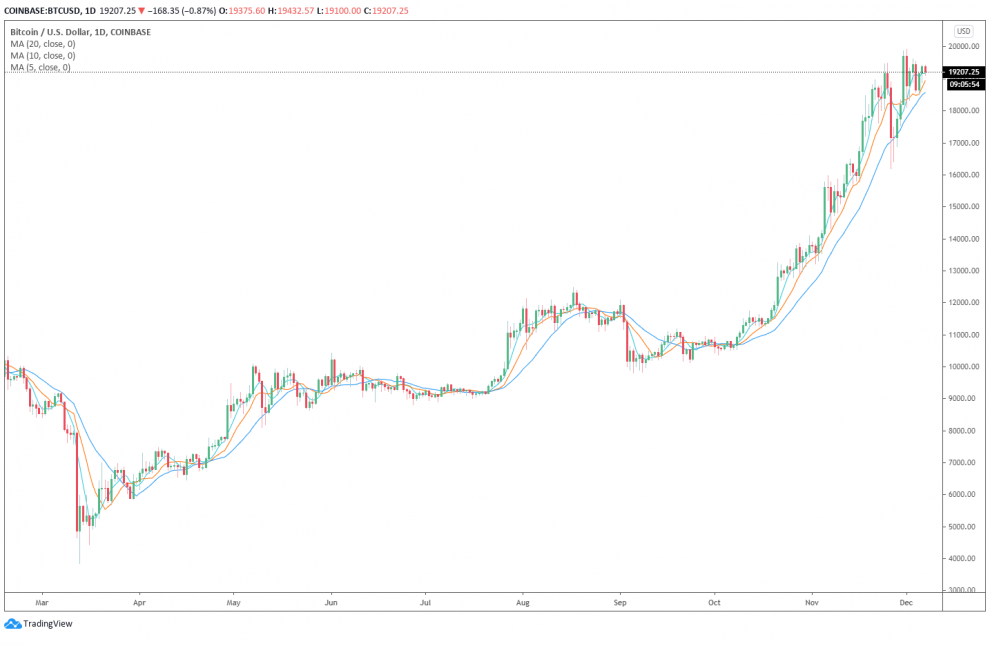 The price of Bitcoin (BTC) has quadrupled in the past nine months, which means another similar rally would put $100,000 on the table in the foreseeable future.

Dan Tapiero, co-founder of 10T Holdings, does not expect Bitcoin to hit $100,000 in the next nine months. But, he said that it shows how fast the asset is growing and its long-term potential. He wrote:

“Remarkable to think that just 9 months ago #bitcoin was at 4000. Almost a 500% rally to today. 500% rally from here puts us at 100k #btc. Don’t think it can happen in 9 months but it would just be replicating what it’s done in past 9 months. Hard to grasp a mkt growing so fast.”

Why is Bitcoin growing so fast?

Bitcoin has evolved rapidly throughout 2020 due to three factors. First, the reduction in new supply after the halving in May has evidently reduced sell pressure.

Second, the increase in institutional demand has caused the buy-side pressure for BTC to rise considerably.

For institutions, the sudden drop of Bitcoin to sub-$4,000 in early 2020 was also a compelling entry point. It was one of the worst-performing assets during the pandemic-induced crash in March, dropping by around 50% to as low as $3,596 on BitMEX.

Since then, Bitcoin has shown resilience and staying power, eventually recovering back to its all-time high and reaching a new record high above $19,982 on Coinbase on Dec. 1.

At the same time, investors such as MicroStrategy CEO Michael Saylor believe BTC is in a much stronger position now compared with the previous bull cycle. For one, today’s retail interest is only a fraction of what it was during peak euphoria in December 2017.

Moreover, the increasing perception of Bitcoin as a digital store of value and a must-have in every portfolio has boosted its brand image among big investors alongside record institutional inflows. All of this raises the possibility of a six-figure price tag as early as next year. Some analysts have even predicted $200,000 and higher by December 2021.

Since it’s often dubbed as “digital gold,” one of the strong bull cases for Bitcoin is closing its valuation gap with the precious metal. At $9 trillion, Bitcoin’s $300 billion market cap is just 3% of gold. BTC hitting $100,000 would reduce this gap to 23%.

The value of Bitcoin has risen 100% against gold since September, with 1 BTC now buying over 10 ounces of gold. At the same time, analysts have noted record outflows from the gold market in recent months, some of which have ended up in Bitcoin.

As Cointelegraph reported, the U.S. dollar may weaken further in 2021, something that has traditionally buoyed both Bitcoin and gold.