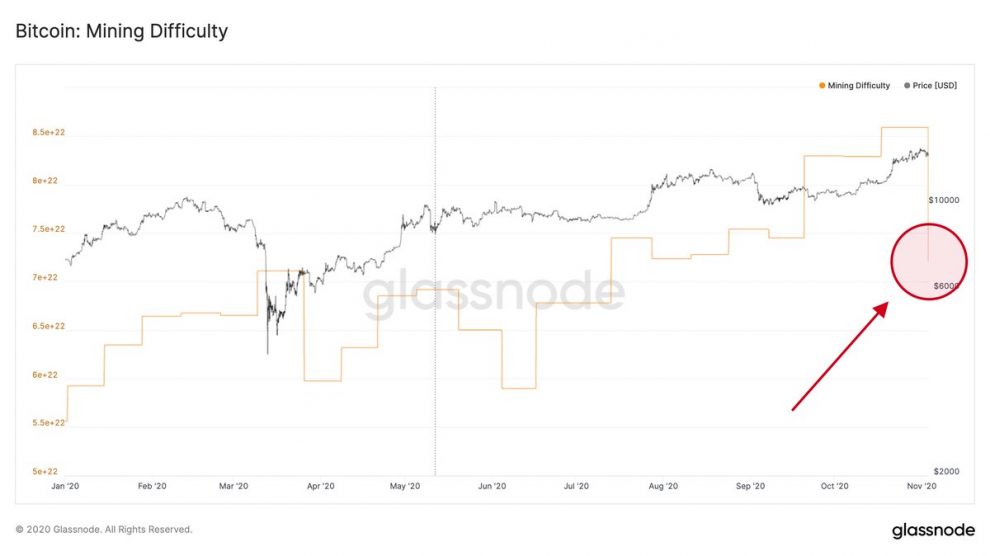 Bitcoin (BTC) saw its biggest negative difficulty adjustment in almost ten years on Nov. 3 as the network flawlessly takes care of itself.

Difficulty sheds most in nine years

Estimates had previously suggested that the adjustment would be around 13%, but in the event, it was the second highest in Bitcoin’s history. Only in 2011 was there a larger difference — 18%, also coming at the end of October.

Such a reduction should incentivize more mining participants to compete for block subsidy rewards, with the result that difficulty then begins to rise again.

At press time, however, estimates put the next adjustment at another -16%, indicating that the effect of Tuesday’s event had not yet been felt.

For users, the downward adjustment will reduce fees and decrease block times, along with reducing the size of unmined transactions in Bitcoin’s mempool. According to estimates from Earn.com, the optimal Bitcoin transaction fee remains high — 80,000 satoshis ($11).

“There is no more beautiful aspect of #Bitcoin than the difficulty adjustment. Just flat out gorgeous mechanism design,” Travis Kling, founder of asset manager Ikigai, summarized on Twitter.

Meanwhile, network hash rate appeared to be U-turning on its own descent Tuesday, with estimated weekly average values beginning to trend up.

Hash rate provides a look into how much computing power is being dedicated to Bitcoin transaction validation. Weeks ago, the metric was at an all-time high, but lost around 25% in the second half of October.