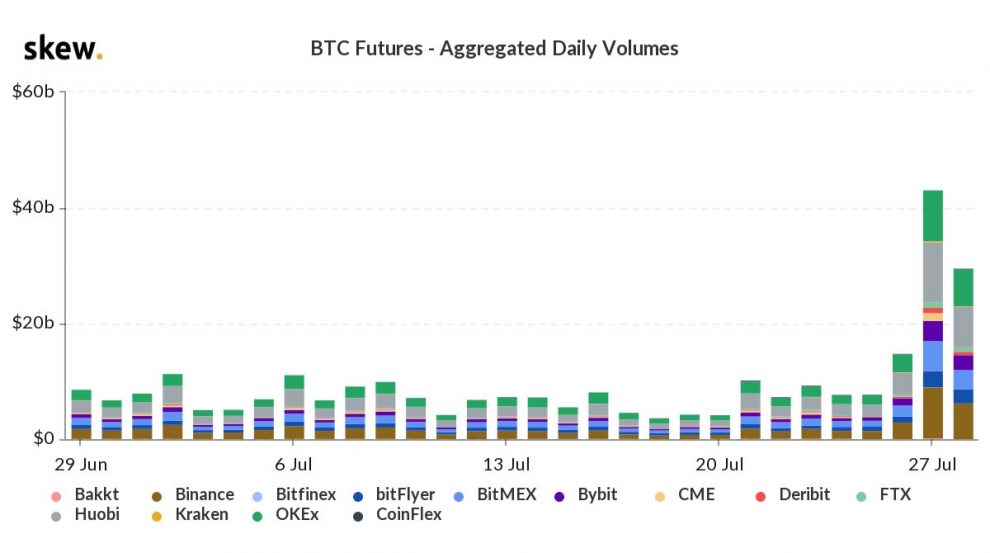 Intercontinental Exchange subsidiary, Bakkt, is reporting record numbers of trades for its monthly Bitcoin futures contracts as BTC prices made a new high for the year.

The institutional investing platform reported its highest ever figure for Bitcoin monthly futures on Jul. 28 with 11,506 contracts — an increase of 85% over the previous record. The move followed a surge in the underlying asset’s price to a 2020 high of $11,400.

Bakkt’s physically-settled contracts are paid out in BTC as opposed to cash-settled contracts that are delivered in USD. The momentum has been driven by Bitcoin prices which have finally broken out of their two and a half month range-bound trading channel.

According to data from Skew analytics, Bakkt wasn’t the only institutional exchange to break records this week. The Chicago Mercantile Exchange (CME), which has far greater volumes than Bakkt, also recorded a surge in Bitcoin futures contracts on Monday.

Daily volume topped $1.3 billion while open interest, a measure of the total number of outstanding derivative contracts that have not been settled, also soared to $724 million. According to CME data, 25,493 futures contracts were traded on Monday, and Tuesday’s preliminary count was already over 20,900 at the time of writing.

Yesterday also saw an uptick of Bitcoin options contracts on CME with over 1,100 traded, the highest number for the past thirty days.

The two institutional exchanges are small fry compared to the volumes of BTC futures contracts on cryptocurrency exchanges. Skew has broken down the top crypto exchanges in terms of 24 hour volume for Bitcoin futures and Huobi comes out on top with $6.51 billion.

OKEx is the second most popular exchange for BTC futures with a daily volume of $5.88 billion, and Binance is a close third with $5.66 billion according to the data. Skew also reports that aggregated open interest across all exchanges has also surged to its highest level for a month at $5 billion. 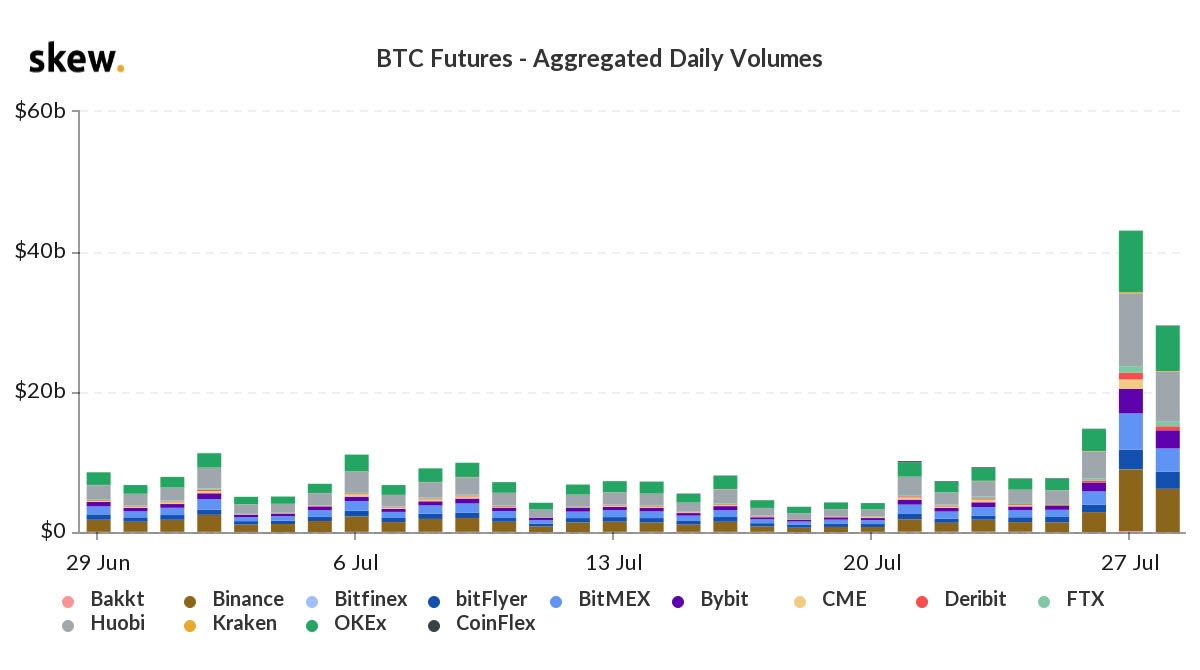 According to the chart, Monday saw the highest aggregated daily volume for Bitcoin futures for over a month, and Tuesday will not be far behind it as both institutional and retail interest in BTC derivatives picks up again.