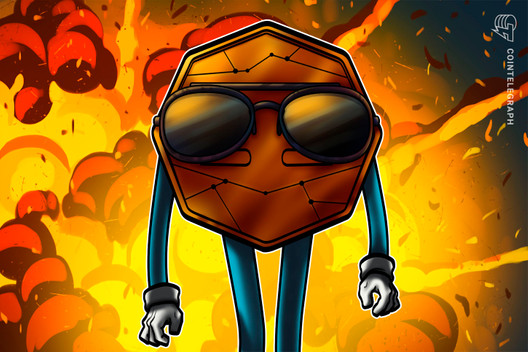 So how much higher will Bitcoin go? Max Keiser expects the coin to reach $28,000… then push on up into six figures. As for who’s been creating the demand, a study from Cornerstone Advisors has found that 80 percent of this year’s crypto buyers are men with an average income of $130,000. And it’s not just Bitcoin they’re buying, of course. As Bitcoin climbed, Ethereum leaped too, flying past its previous 2020 peak of $309.

With cryptocurrencies on a roll, it’s no wonder that traditional traders are looking for a way in. Swiss SIX Exchange, a stock exchange, is listing a new cryptocurrency exchange-traded product. The “Bitcoin Capital Active ETP” is an actively managed crypto ETP that trades Bitcoin against a basket of top altcoins. Huawei has applied for a patent for blockchain-based storage, and in the UK, eToro is preparing to launch a debit card. The card will give the app’s crypto traders a way to extract their profits as cash.

Visa doesn’t want to be left behind. The payments company has announced support for the development of digital currencies. Mastercard might need to do better, though. Private investigators have accused one of its executives at Cyprus’s FBME bank of using “phantom transactions” to hide money laundering. FBME is said to have ties to Wirecard, a German payments processor which has issued crypto debit cards and is under investigation for fraud.

Wirecard isn’t the only entity under investigation, though. A New York State appeals court has affirmed that the state’s Attorney General can continue an investigation into iFinex, Bitfinex and Tether Holdings. The investigation could bring more regulation to stablecoins. And Steve Wozniak is using the power of the law too. The Apple co-founder is suing YouTube for letting scammers use his name and likeness to promote Bitcoin scams.