The U.S. economy is experiencing a shortage of coins. With this in mind, the Community State Bank, or CSB, of Milwaukee is offering a five percent premium to customers who turn in coins to one of its locations. Meanwhile Bitcoin (BTC) is not expected to run out of Satoshis anytime soon.

COVID-19 is to blame

This issue apparently stems from further complications caused by the COVID-19 pandemic. Reasons given include that the U.S. Mint reduced coinage to protect its employees, and that U.S. consumers have been trying to avoid cash transactions as much as possible. Many believe that the recent crisis will serve as a catalyst for the transitioning to the cashless economy.

As far as we know, Bitcoin has not run into a similar problem and is not expected to do so in the future. As of today, there are 18.44 million Bitcoins or 1.84 quadrillion Satoshis in circulation. If at some point 1 Satoshi were to become too valuable due to the asset’s massive appreciation, the community could implement a hard fork to introduce an even smaller unit. Perhaps, an apt name for the new base denomination would be “CSW”.

Last month, the U.S. Mint went back to work and is expected to produce 19.8 billion coins by the end of the year. 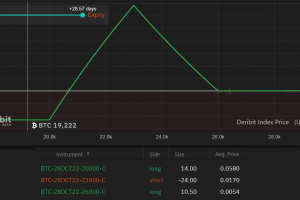