Cointelegraph takes a look at five factors that could shape Bitcoin price action in the coming week.

Sunday provided an unexpected boost to Bitcoin after a week of lackluster price performance. This was thanks to an investigation into United States’ President Donald Trump’s tax records, the results of which were published by the New York Times.

The details include just $750 in tax paid by Trump in his election-year 2016, while no further links to Russia — a major source of contention at the time.

Nonetheless, the publication could have implications for Trump’s chances in the run-up to this year’s election, and markets will be keenly watching for fresh turbulence.

Trump himself had fought long and hard to keep his tax records secret.

That marks the upper end of the cryptocurrency’s weekly range, which has failed to produce either a breakout or breakdown outside the zone between $10,000 and $11,000.

Bitcoin has been above $10,000 longer than ever

Despite not making progress beyond $11,000, however, Bitcoin is still proving bulls right this month.

As noted by various analysts on Sunday, BTC/USD has now spent longer trading above $10,000 than ever before — 64 days on Monday.

“Bitcoin has spent a record 63 straight days above $10,000 and is only showing signs of going higher,” part of a tweet reads.

“The market is proving your bearishness wrong. There is always time to capitulate & join the party.”

Others believe that five figures still have a chance of disintegrating. Should support dwindle, the still-open CME Group futures gap at $9,600 remains untested.

In an analysis on Saturday, Cointelegraph Markets analyst Michaël van de Poppe highlighted the gap as a likely outcome of a bearish scenario for Bitcoin, with current levels crucial to hold in order to open up the possibility of a push higher.

Both weekly average hash rate and difficulty remained bullish as the week began, with difficulty set for a 5.1% increase at the next readjustment in five days’ time.

The previous adjustment saw a healthy 11.4% increase, underscoring competition among miners for block rewards. At the time, quant analyst PlanB nonetheless described the move as being “like clockwork,” coming four months after Bitcoin’s latest block subsidy halving and in line with behavior after previous halvings.

The average hash rate, an imprecise but broadly useful indicator of network support, was meanwhile trending up back towards all-time highs after hitting 143 exahashes per second (EH/s) earlier in September. 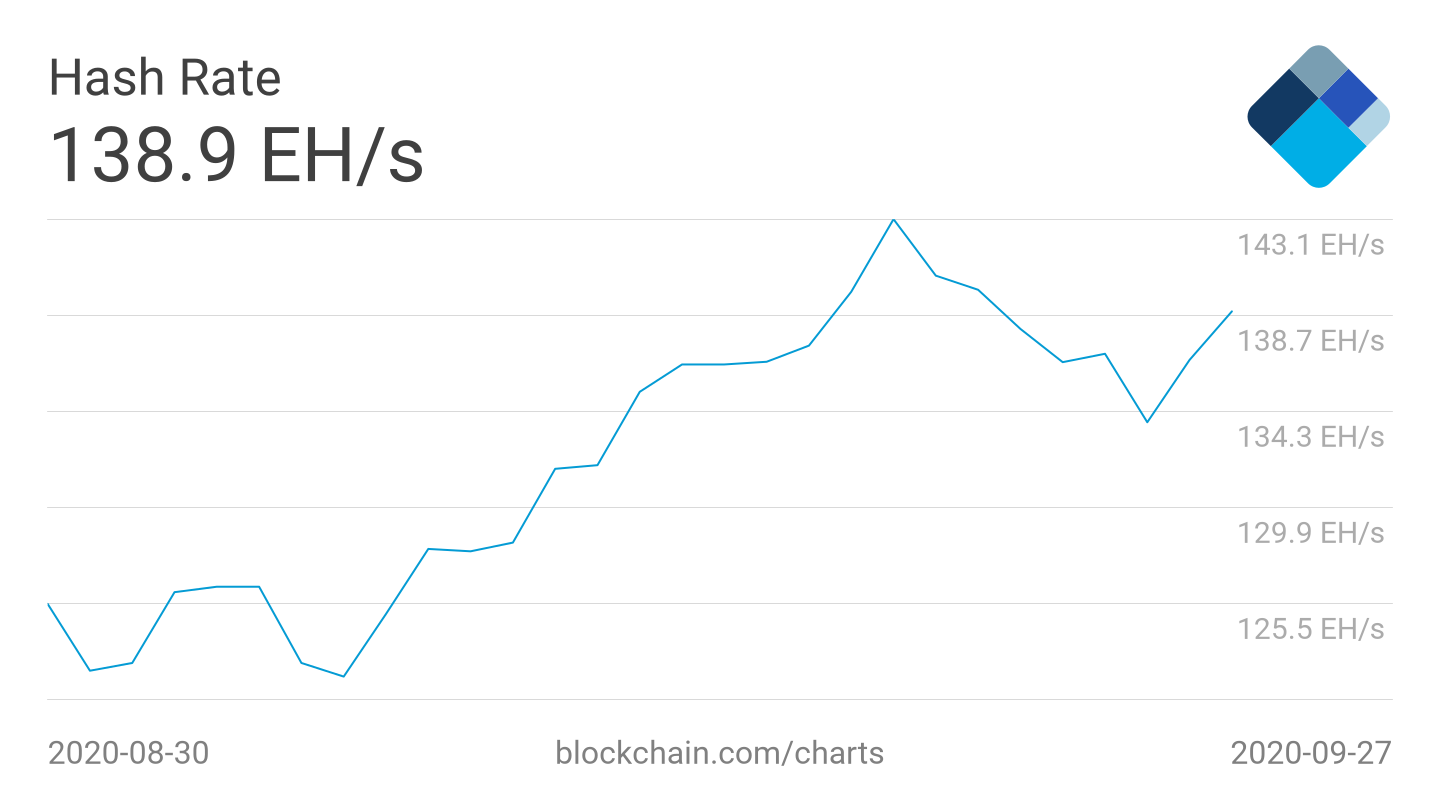 The Trump story had little impact on an essential metric for the U.S. dollar, with which Bitcoin has exhibited strong inverse correlation in recent months.

DXY pits USD against a basket of trading partner currencies and has improved its position considerably since mid-September. As Cointelegraph reported, this strongly contributed to downward pressure on BTC/USD. Despite this, Bitcoin has held up better than expected over the past week, suggesting that the relationship to the index may be easing. 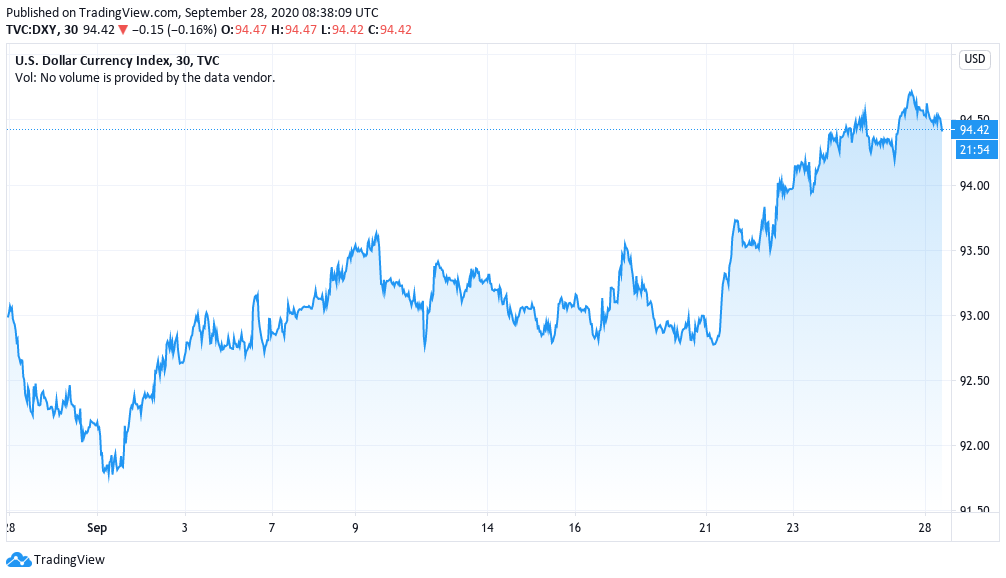 Last week, statistician Willy Woo forecast in advance that Bitcoin would “soon” leave its ties to traditional markets behind, including other safe havens such as gold.

In the meantime, however, any decisive move in DXY still has the potential to impact Bitcoin’s price trajectory in the short term.

Bitcoin markets could spend some time grappling with the fallout from South Korean exchange KuCoin’s major hack, estimated to be the fourth-largest in history.

Totaling $150 million, some of the stolen funds from the exchange subsequently moved to Uniswap, a popular automated market maker, or AMM, used to trade DeFi tokens and other cryptocurrencies.

According to monitoring resource Whale Alert, millions of dollars in various tokens have left the identified sources of stolen funds to Uniswap over the past two days.

The hack did not involve Bitcoin directly, and BTC/USD appeared little shaken by the events — something in marked contrast to previous years when hacks often sparked major price volatility.

One of Hal Finney’s lost contributions to Bitcoin Core to be ‘resurrected’
Only 2.5 million Bitcoin left to mine
Comment