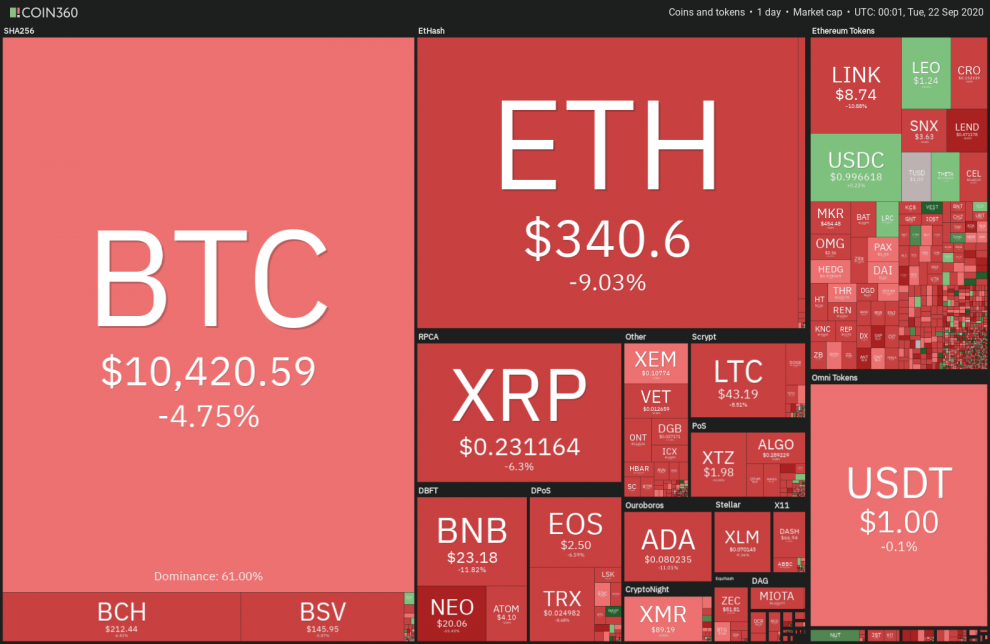 After outperforming Bitcoin (BTC) and Ether (ETH) strongly in August, Decentralized Finance (DeFi) tokens are now plummeting as many registered losses of up to 50%. 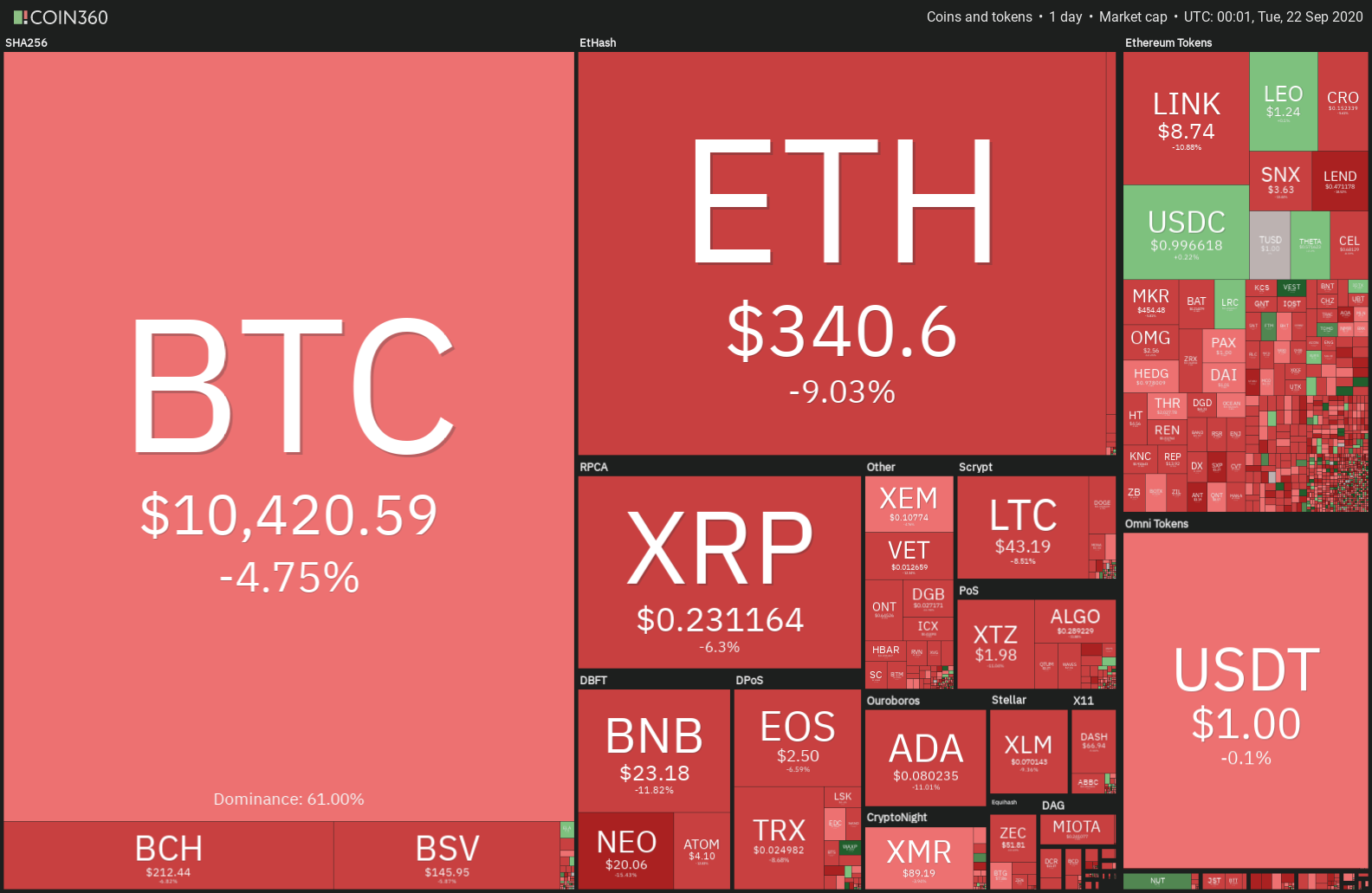 At the moment, the two coins garnering the most attention are Yearn.finance (YFI) and Uniswap (UNI) as both have dropped by 46% and 48% since reaching a monthly peak. 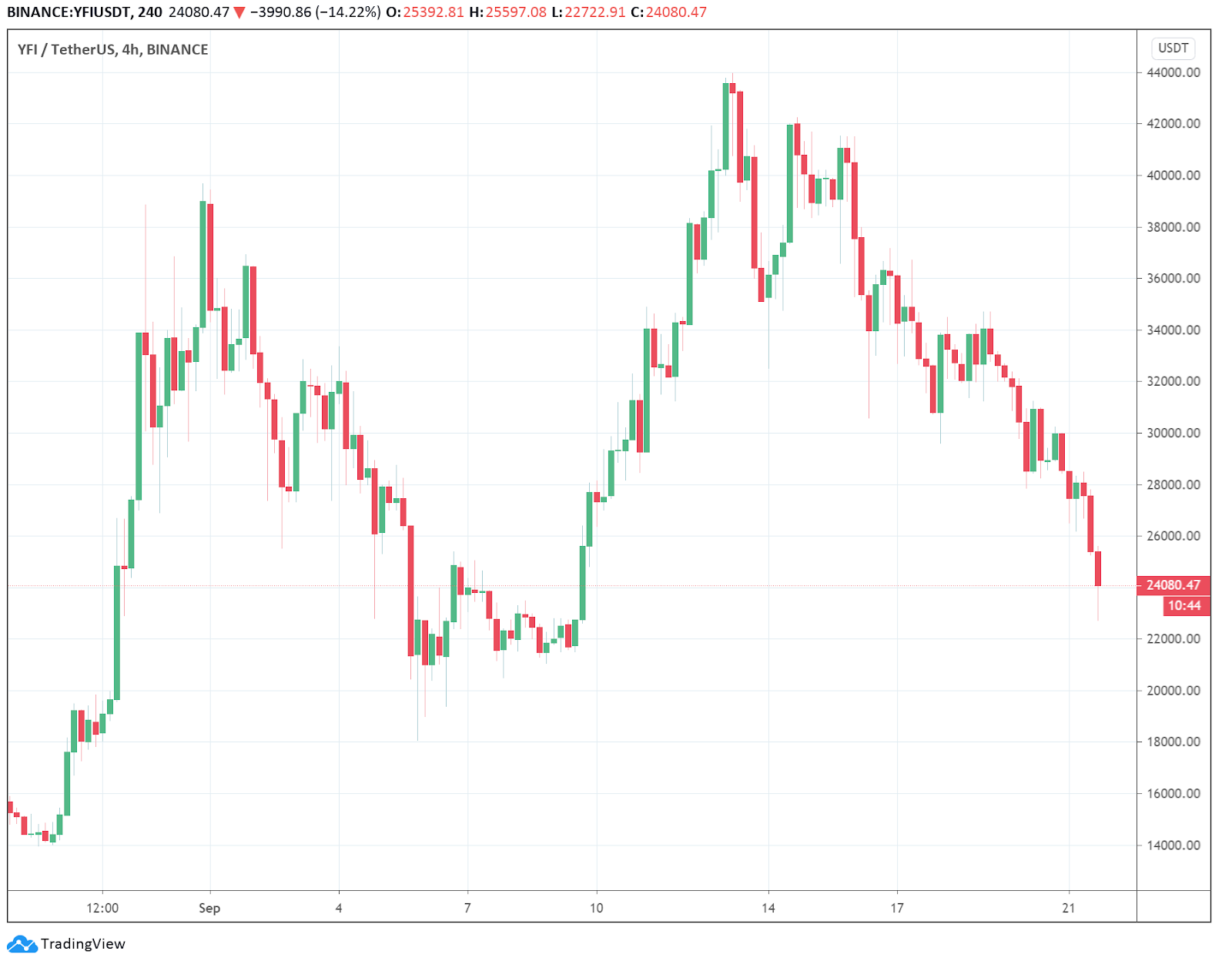 Three catalysts appear to be behind the correction: Ether’s pullback, profit taking from BTC’s previous rally and a strong sell off amongst DeFi-tokens.

The overwhelming majority of DeFi tokens have dropped by 15% to 25% on the day. Even cryptocurrencies that are not directly considered to be DeFi tokens, like Chainlink (LINK), saw a 15% price drop.

While the pullback of DeFi tokens coincides with the decline in Ether price, a take-profit correction was expected by many analysts.

As an example, Yearn.finance has evolved into a dominant player in the DeFi market in less than three months. In the process, the price of YFI rose by 1,200% on Binance to a peak at $43,966.

As Cointelegraph reported, Uniswap airdropped 400 UNI tokens to every user that used the Uniswap decentralized exchange before Sept. 1. At its peak at around $8.80, the 400 UNI tokens were worth $3,520.

UNI saw a massive price spike in a short period because of multiple major exchange listings. Within the first five hours of launching, Coinbase Pro, Binance, and FTX listed UNI. As a result, the price of the token surged from $0.30 to $8.80 in less than five days. 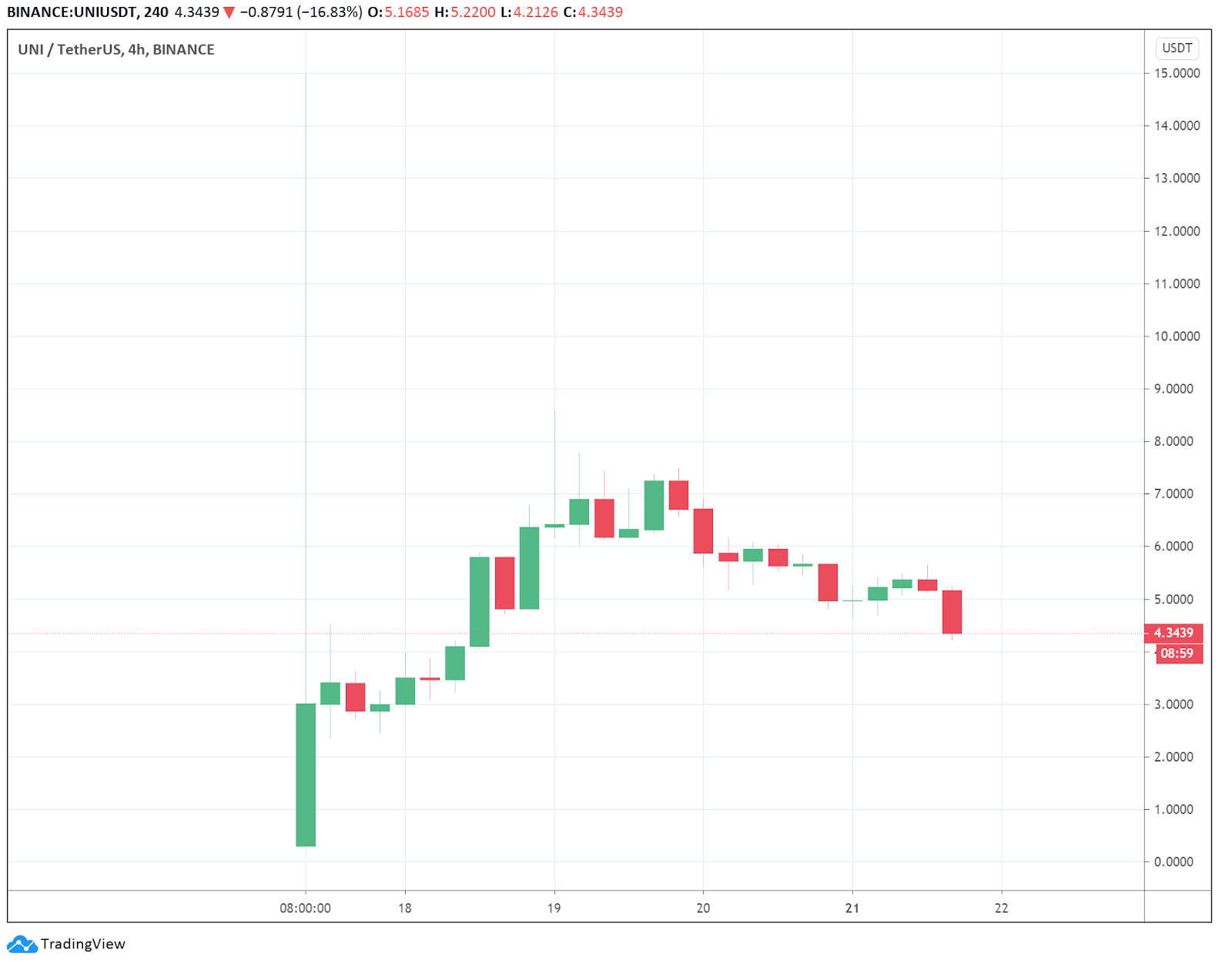 Due to the massive gains of DeFi tokens in their USDT and BTC pairs, a profit taking correction was widely anticipated but the intensity of this correction has many traders surprised.

In the past 20 days, Ether price declined by around 28% and in the same period, BTC recorded a 12% drop against the U.S. dollar.

Ether’s short term weakness was likely caused by the increased selling pressure on DeFi tokens, hence the nearly 50% correction from the likes of UNI and YFI over the past few days.

The sentiment around BTC’s rally from Sept. 9 to Sept. 19 remains mixed. Interestingly, BTC alone saw a strong upsurge, while Ether, altcoins and the majority of DeFi tokens remained stagnant. This is somewhat atypical as usually when Bitcoin is range bound, altcoins rally, and when Bitcoin rallies moderately altcoins may lag but still tend to follow BTC’s bullish price action.

This short term inverse correlation between BTC and altcoins suggests that BTC saw a take-profit rally as investors cycled profits from DeFi tokens to BTC.